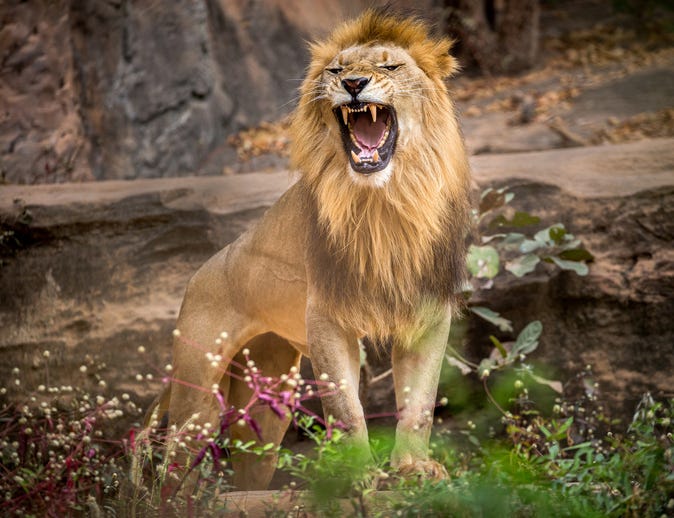 (KNX) - The video on social media shows zoo employees practicing a drill to capture an escaped lion at Tobe Zoological Park of Ehime Prefecture in Japan on June 22.

The video went viral -- except the lion is really a human employee dressed up as a lion.

The "lion" walks around and tries to evade capture from zoo employees holding nets. At one point in the video from Japanese news agencyMainichi News Group below, actual lions inside the sanctuaries seem enamored with the exchange.

Eventually, the costumed lion lies down on the ground and is handled by employees.

Outlets like the Guardian and CNN also covered the hilarious drill.