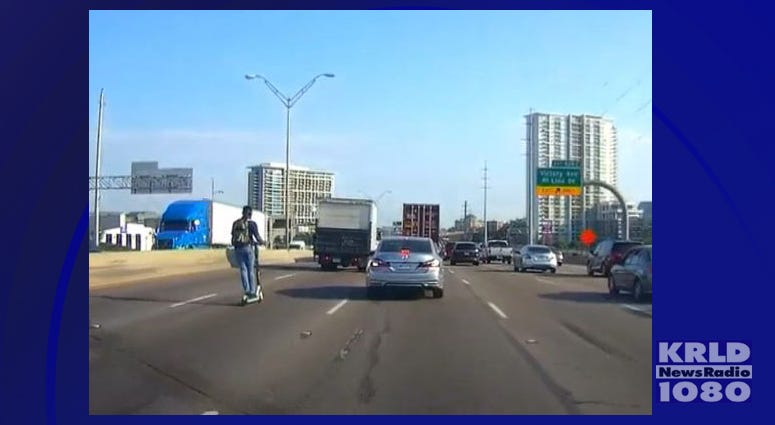 DALLAS (1080 KRLD) - If you commute on North Texas  highways you probably think you've seen it all, but have you ever seen a man on an electric scooter, maneuvering in rush hour traffic?

That's what happened yesterday on I-35E, in downtown Dallas, near the American Airlines center, and another commuter got it all on video.

You can see a man on a scooter crossing 6 lanes of trafiic, he looks back to check before changing lanes, and seems pretty comfortable in the middle for the rush hour traffic.

Believe  it or not, Dallas does not have a city ordinance that prevents scooters from being used on the interstate.

But Dallas' website explicitly says scooters can be used on streets with speed limits at 35 mph or lower.