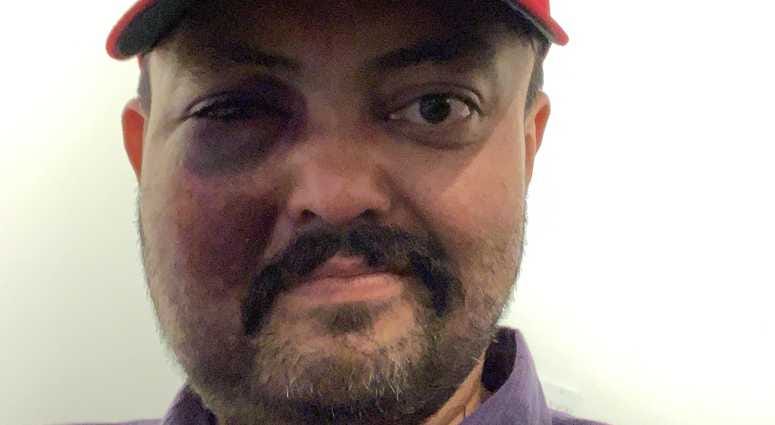 (1010 WINS) -- The owner of a midtown art gallery who said he was viciously beaten by a group of youths last month in Chinatown for wearing a red "Make America Great Again" hat, apparently got the attention of President Donald Trump.

Jahangir "John" Turan told 1010 WINS he received a FedEx box Thursday, and inside was a "Make America Great Again" hat signed by Trump and a letter from the 2020 campaign wishing him a "swift recovery" and slamming the alleged July 31 assault as "unwarranted, disturbing and gruesome."

"I was shocked, I was in awe, I couldn't believe they sent me something like this," Turan, who suffered a broken eye socket, in the assault, told 1010 WINS. "I opened it up and it was a letter from the campaign stating that they support what I'm doing and what happened to me was not right and as gratitude the President sent me a signed MAGA hat." 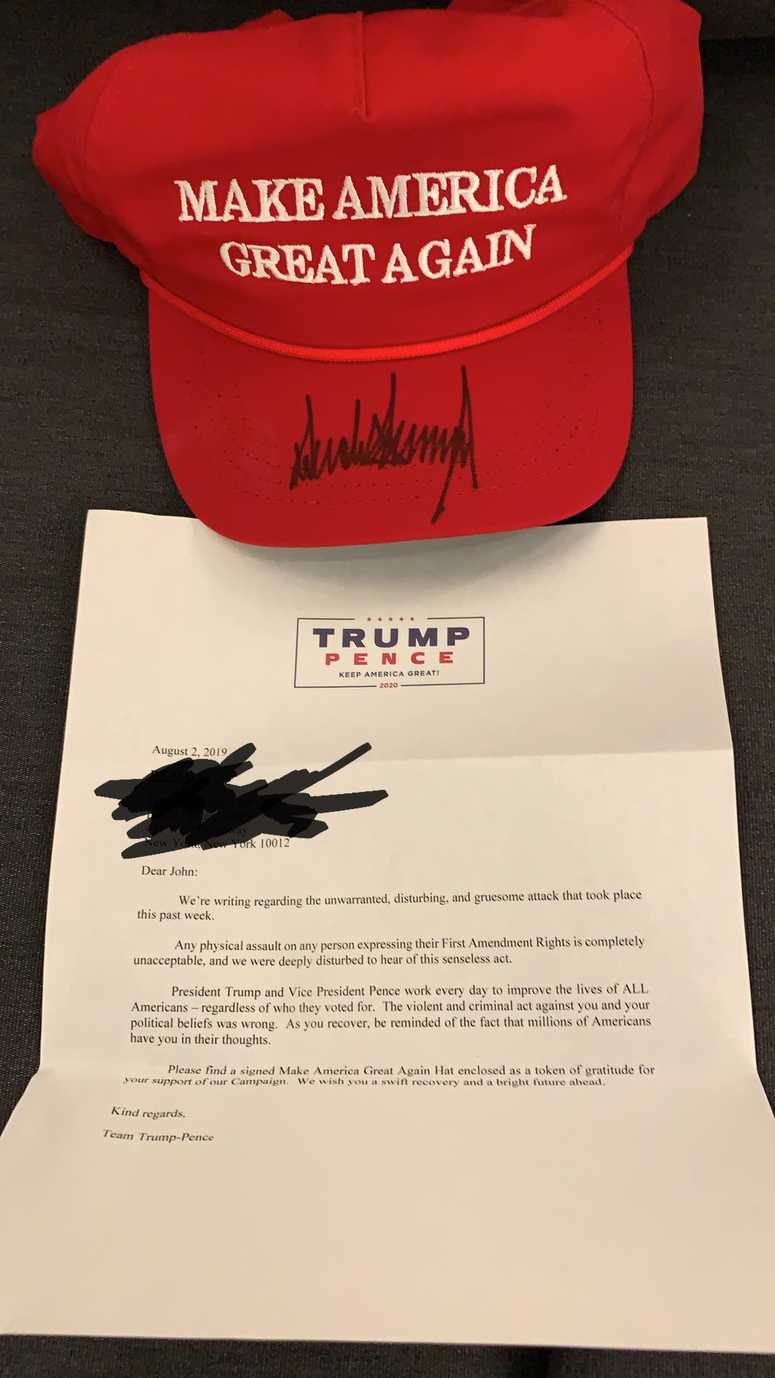 But that wasn't all: A few hours later he received a call from the president's son, Eric, and his wife Lara.

"They wanted to tell me how sorry they were for what happened to me," Turan said. "They thanked me for supporting President Trump and if there was anything they could to help me out, they would. And he also wanted to invite me out to the next big event ... His exact words were, 'when the big guy is back in town...'"​

Police have not arrested anyone in connection with the assault.

Turan said he should be free to walk around the city and not worry about getting beaten up for wearing a Trump campaign hat.

"No one should get beaten the way I did for who they believe in or who they support ... I'm not trying to politicize it, if you like a Democrat candidate or if you like President Trump, you should walk around freely in the United States and not get beaten down." 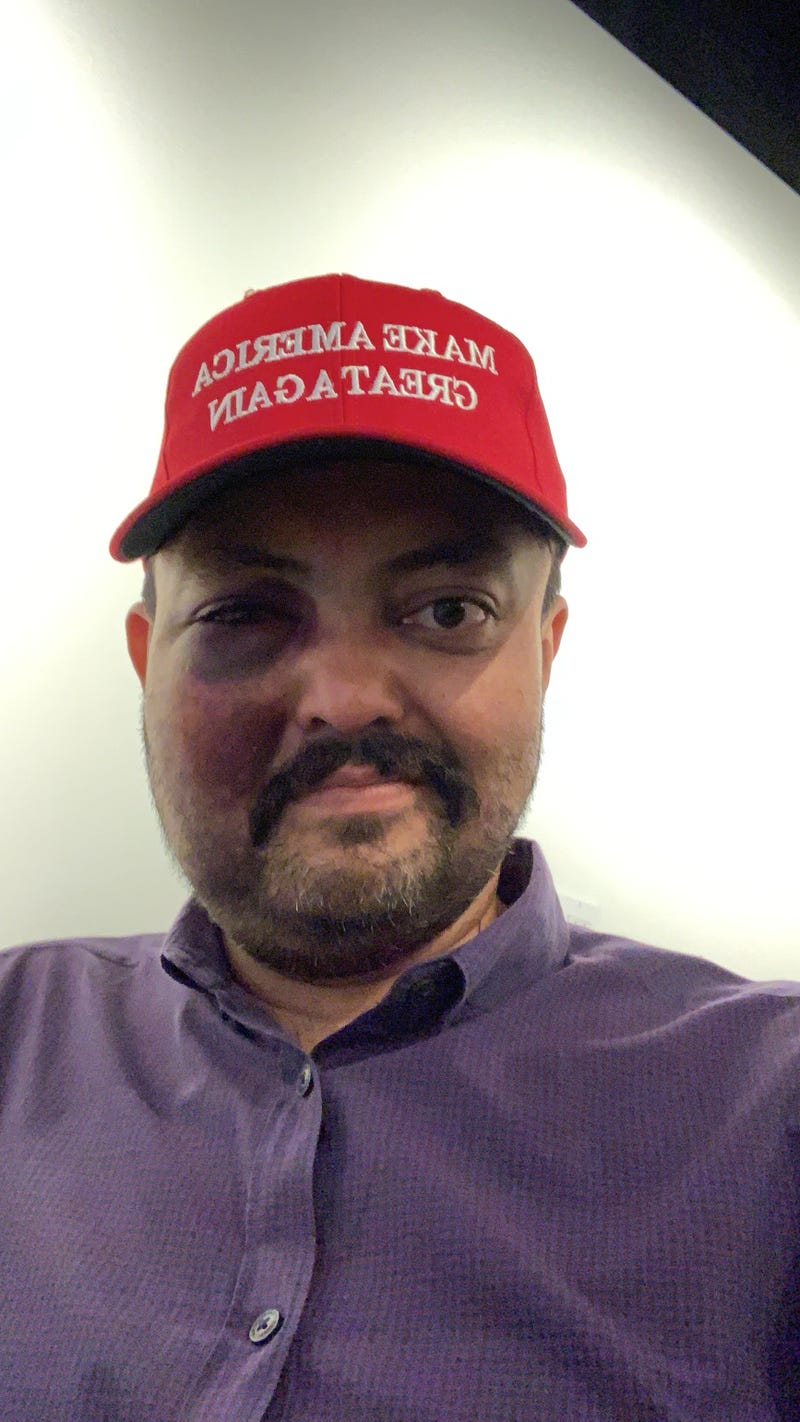