Mardi Gras may have started long ago as the final meal before fasting for lent began, but it has grown into one of the biggest party weekends in the entire world. Fat Tuesday and the accompanying celebration is biggest, of course, in cities like New Orleans and Rio de Janeiro. If plan on going or just trying to throw your own Mardi Gras party, here are the traditions you should make sure to honor. 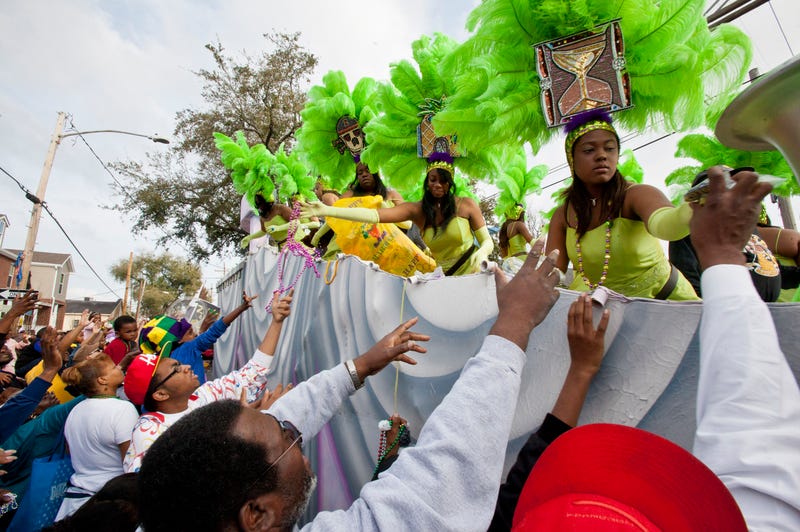 The organization du jour in New Orleans for Mardi Gras is the Krewe. Starting with the Mystic Krewe of Comus in 1857, Krewes would build floats and parade through NOLA. With more than 75 active Krewes at this point, there is a group for every possible type of partier, including the Krewe of Chewbacchus—yes, that would be a combination of bacchus, the god of wine and Chewbacca. If you’ve ever been wowed by a Mardi Gras parade, you’ve got the Krewes to thank. 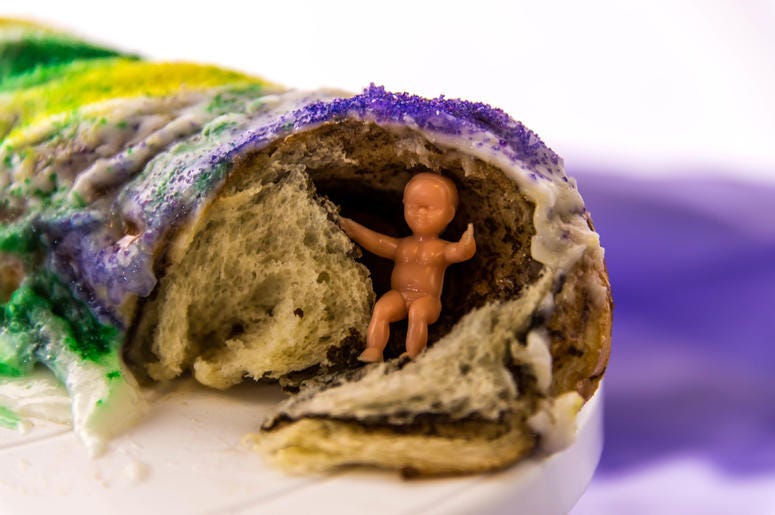 No Mardi Gras celebration would be complete without risking dental injury by enjoying some king cake. The quintessential Mardi Gras food, king cake, a round cake that today has a figure of Jesus hidden somewhere inside, dates back hundreds of years. But the reason for the hidden figurine, according to NPR, only dates back to the 1950s when a travelling salesman had too many tiny porcelain dolls and convinced a New Orleans baker to use them in his confections. 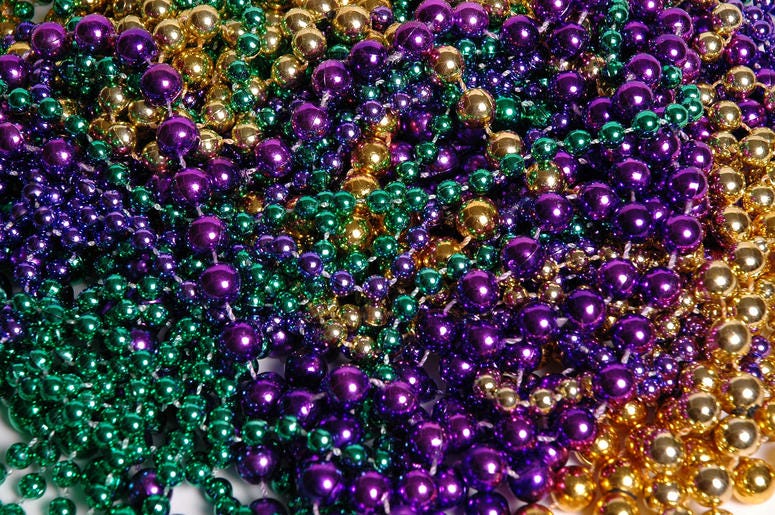 Yes, there is the unsavory tradition of women flashing for beads that is often associated with Mardi Gras, but the tradition of the beads themselves dates back long before they became a sexualized token. Throwing souvenirs of one kind or another—baubles or food—goes all the way back to the parades of the mid-19th century, but sometime in the 1880s, according to Mardi Gras legend, one man chose to throw glass beads to people following his parade. They were so popular that lots of Krewes took them up. And today they’re so popular that New Orleans sanitation workers pulled more than 90,000 pounds of them out of the sewer system last year. 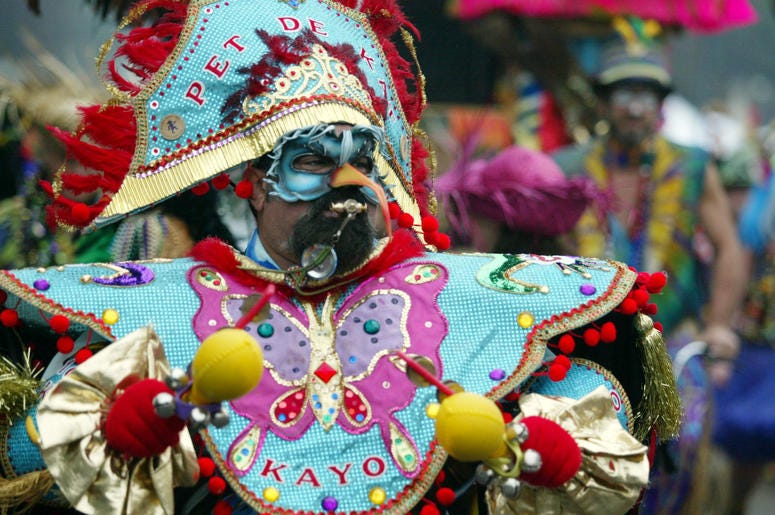 The tradition of wearing masks likely dates back to a time when, let’s just say, a more repressive moral code applied than what we have today. Mardi Gras revelers would hide their faces and conceal their identities to make it easier to partake in some behavior they might not choose to engage in at any other time of the year. 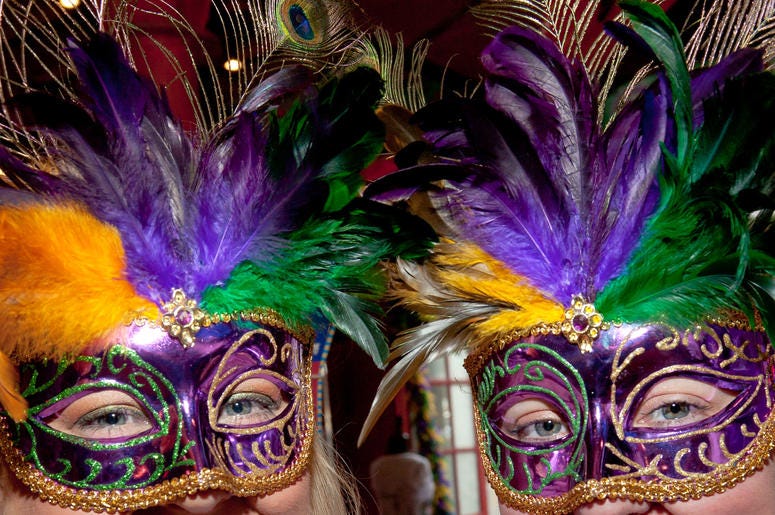 The story of the three dominant colors of Mardi Gras is another tradition that’s more than 100 years old. According to New Orleans historian and reporter Errol Flynn Laborde, there are three colors for Mardi Gras because in 1872, the first time a King of the Carnival was chosen, organizers from the Rex Krewe thought a king needed a flag for his dominion, and since three color flags were fashionable for world powers like France, Great Britain and the US, the Carnival King’s flag should also have three colors. Purple was the color of royalty, gold after the precious metal and green to represent faith for the religious celebration.