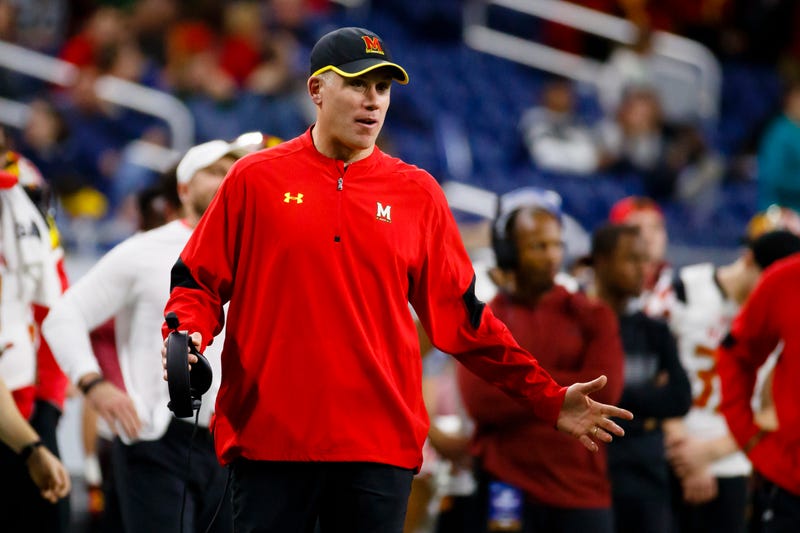 WASHINGTON (106.7 The Fan) -- One day after announcing DJ Durkin had been reinstated, the University of Maryland has reversed course in the face of public backlash by deciding to fire the head football coach.

I am writing to inform you of actions I am taking that are in the best interest of the University of Maryland.

Yesterday, the University System of Maryland Board of Regents announced numerous recommendations, including employment decisions about specific personnel on our campus. I accepted the Board's recommendations. At the same time, I announced my retirement as president in June 2019.

Since returning to campus after yesterday's press conference, I have met with the leadership of the Student Government Association speaking on behalf of numerous student organizations; the Senate Executive Committee; Deans; department chairs; and campus leadership. The overwhelming majority of stakeholders expressed serious concerns about Coach DJ Durkin returning to the campus.

The chair of the Board of Regents has publicly acknowledged that I had previously raised serious concerns about Coach Durkin's return. This is not at all a reflection of my opinion of Coach Durkin as a person. However, a departure is in the best interest of the University, and this afternoon Coach Durkin was informed that the University will part ways.

This is a difficult decision, but it is the right one for our entire University. I will devote the remaining months of my presidency to advancing the needed reforms in our Athletic Department that prioritize the safety and well-being of our student-athletes.

The University came under heavy pressure to take action after the June death of 19-year-old Jordan McNair. After a months-long independent investigation – which was overseen by the University System of Maryland Board of Regents – the university concluded on Tuesday that Durkin and athletic director Damon Evans could return to work.

Maryland fell under swift public scrutiny for the decision. A number of Maryland players walked out of practice. Others publicly disagreed with the decision on Twitter. Students organized protests.

"Every Saturday my teammates and I have to kneel before the memorial of our fallen teammate," said junior offensive lineman Ellis McKennie. "Yet a group of people do not have the courage to hold anyone accountable for his death. If only they could have the courage that Jordan had. It's never the wrong time to do what’s right."

Maryland Governor Larry Hogan issued a statement before Durkin's firing calling on Loh and the board "to reconsider their decisions and to schedule a public hearing to address these issues in an open and transparent manner."

Today, I issued the following statement on the University System of Maryland Board of Regents’ announcements yesterday: pic.twitter.com/ihpoZnEp9v

Now the university, even in reversing its decision, has opened itself to questions about why it took public outcry to do the right thing.