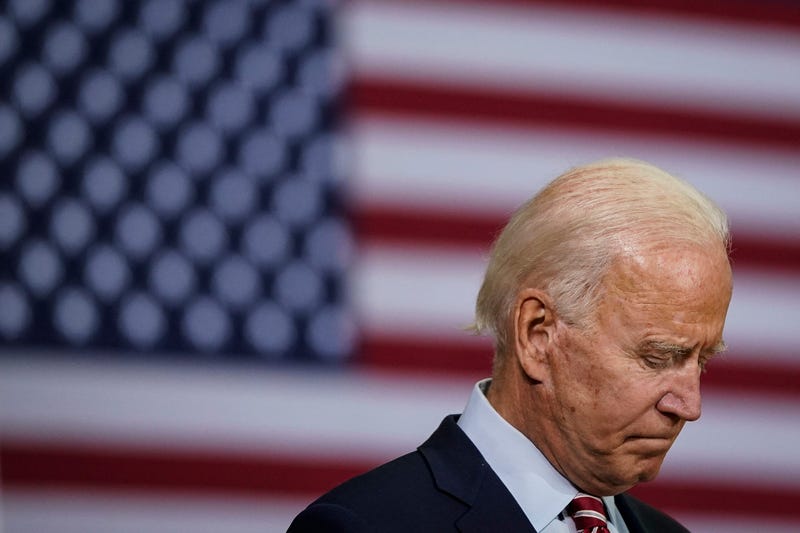 The most recent move in the duel for perceived military support in the upcoming presidential election was yet another letter -- this time in support of Joe Biden and this time with almost 500 signatures.

Several of the names on the list are those of senior military officials who previously served under President Donald Trump, including former Vice Chairman of the Joint Chiefs of Staff Gen. Paul Selva.

"We are former public servants who have devoted our careers, and in many cases risked our lives, for the United States. We are generals, admirals, senior noncommissioned officers, ambassadors, and senior civilian national security leaders," the first line of the letter reads.

We are former public servants who have devoted our careers, and in many cases risked our lives, for the US. We are generals, admirals, senior noncommissioned officers, ambassadors & civilian #NatSec leaders.

We are 489 National Security Leaders for Biden.https://t.co/Uc5HppjKgm

Biden is "guided by the principles that have long made America great," the NSL letter reads, including the principle that "those who sacrifice or give their lives in service of our nation deserve our respect and eternal gratitude."

"As retired military officers, we believe that Donald J. Trump has been tested as few other presidents have and is the proven leader to confront these dangers," that letter reads.

Of those 235 signers, 116 of them signed the support letter after reports of alleged comments Trump made about members of the U.S. military who have been captured, killed or wounded. The "suckers" and "losers" story -- which the president has dismissed as fabricated -- sowed division among veterans across the country.

"Joe Biden has the character, principles, wisdom, and leadership necessary to address a world on fire," the letter of support for the Democrat candidate closes. "That is why Joe Biden must be the next president of the United States; why we vigorously support his election; and why we urge our fellow citizens to do the same."

"Each of you have earned your right to vote," Chairman of the Joint Chiefs Gen. Mark Milley said during a virtual town hall Thursday morning. "So I would encourage that everyone exercise their right to vote when the time comes and use the rights that have been granted to you in the Constitution."

However, he also advised military personnel to remain "apolitical" and "keep the constitution close to your heart."

music
Bruce Springsteen reveals what it was like to listen to 'Born to Run' 45 years after its release
music
Joe Manganiello looks unrecognizable as he debuts striking new 'do in Sofia Vergara's post
sports
Emotional Dez Bryant on joining Ravens after 2-year NFL hiatus: ‘I can’t stop crying’
music
Kerry Washington needs everyone to vote
music
RADIO.COM LIVE Check In: Get to know Arashi
music
Chrissy Teigen pens heartbreaking essay detailing the death of newborn son