Once a fighter, always a fighter.

Thee virus has inundated U.S. hospitals and health care facilities over the past month. More than 400,00  cases have been diagnosed in the U.S., culminating in 18,000 deaths reported. And experts say it may still get worse before it gets better.

But just looking to 95-year-old Bill Kelly and 104-year-old William Lapschies can give us all hope. These veterans got the virus and have since recovered, a huge feat because the elderly with underlying health conditions have been a hard-hit age group.

We wanted to know more about their service and recoveries, so we linked up with their families to get the details.

Nowadays, 95-year-old Bill Kelly keeps himself busy with his 5-year-old and 11-month-old great-grandsons while living with his granddaughter, Rose Ayers-Etherington, and her husband, Isaac Etherington, in McMinnville, Oregon.

In mid-March, the normally spritely vet complained of having a low-grade fever. Because Etherington, a medical evacuation pilot, had recently flown potential COVID-19 patients, Kelly was tested for the virus. He received a positive diagnosis on St. Patrick’s Day. So, instead of being allowed to celebrate his Irish roots, Kelly was told to quarantine in his bedroom.

During World War II, Kelly spent about two years in the South Pacific. He joined the Navy right out of high school in 1943 and was assigned as a metalsmith to the 53rd U.S. Naval Construction Battalion. Better known as the Seabees, his unit accompanied the 3rd Marine Division to the Solomon and Mariana Islands. When the Marines shipped to Iwo Jima, his unit was sent to Guam.

'The idea at that time was to build Guam up like a second Pearl Harbor so we could be closer to those enemies,'' Kelly explained. ''There we built B-29 strips and part of Marine Corps Drive .' 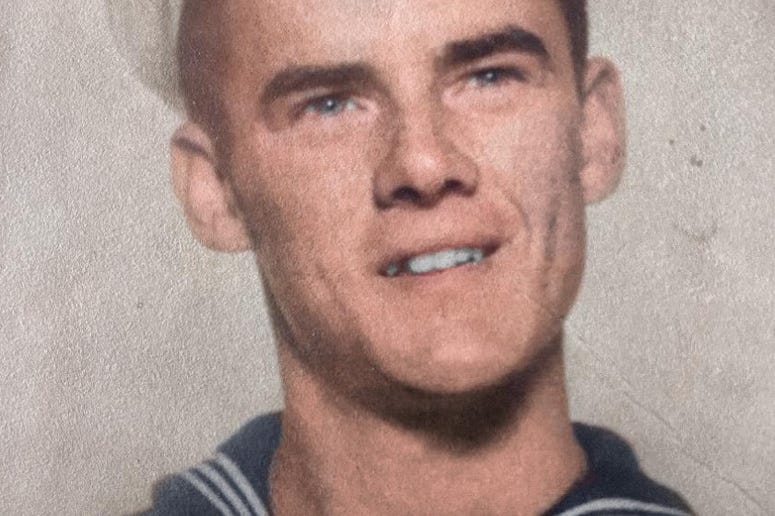 Aside from constant fatigue, Kelly said his symptoms weren't too bad. His granddaughter disagreed, though. She said he's playing it down.''He had some rough days there. We were pretty worried about him. He looked very ashen, and he tried to be tough,'' Ayers-Etherington said. ''But we could see him slipping. He had really bad body aches. He had several nights where he just couldn't sleep because he was in so much pain. But I really think him being home here with us and the kids … honestly made all the difference to him.''

She said Kelly exemplifies America's fighting spirit. He's told her stories about remembering his dad shaving with a piece of glass during the Great Depression because that's all they had.

''He was like, 'We got through that as a community. We can do this,''' Ayers-Etherington said.

Asked if he's ready to get back to feeling young with his grandkids, Kelly said, ''I'm feeling much better! Oh, yes. I'm ready to get with it again here!''

William Lapschies was 2 years old when the Spanish Flu ravaged the U.S. He didn't catch it, but the illness killed at least 50 million people worldwide, including 675,000 Americans. 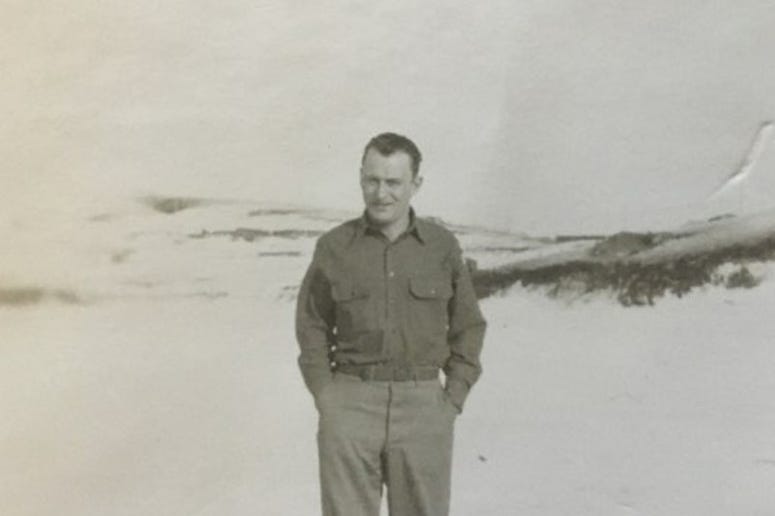 According to Yutzie, doctors said the veteran was not about to have this virus take him down. His symptoms were mild, and he never developed respiratory issues, doctors said.

By April 1 – his 104th birthday – he was declared coronavirus-free. Lapschies' family helped him celebrate by bringing him balloons and a cake, which they shared with him from an appropriate distance, of course. Caregivers took him outside for the first time in weeks, keeping social distancing in mind.

Yuzie said her granddad is hard of hearing, so he doesn't say a whole lot when they ask him questions. Wearing his World War II veteran's hat during his birthday celebration, he summed up his most recent survival story perfectly: ''I finally made it."