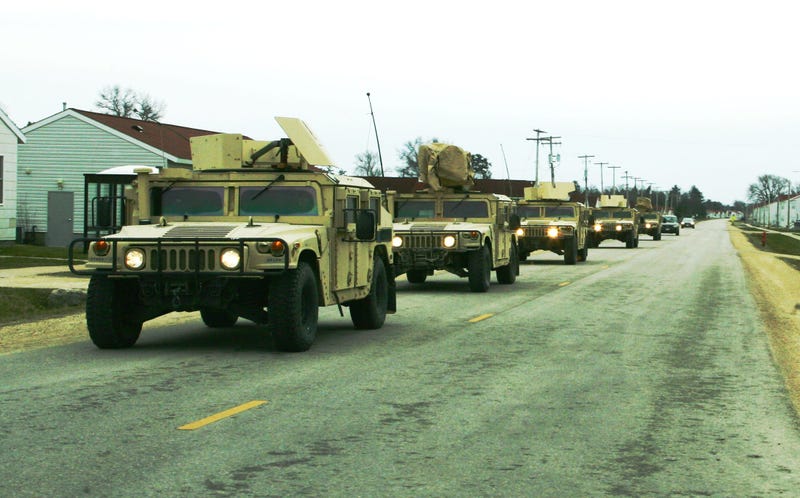 Secretary of Defense Mark Esper and National Guard Burea Chief Gen. Joseph Lengyel have both been asked repeatedly over the past weeks whether or not members of the National Guard would be mobilized in a law enforcement capacity to enforce shelter in place or quarantine measures.

The answer has remained the same — no.

The National Guard is being federalized — but not to enforce quarantines

"To dispel rumors, there is no discussion, no plan to use National Guard in Title 32 or State Active Duty status, or in any other status to do quarantine or enforce shelter-in-place operations," Lengyel said at a Pentagon press briefing Tuesday afternoon. "We can be federally funded under state control and do law enforcement as a mission set if our governors and communities need us to. But, once again, there is no plan to use the National Guard in any large scale lockdown capacity in the United States of America."

So why the repeated questions and concerns? Lengyel partially blames social media.

"I've seen people portray video clippings of trains with Humvees and equipment rolling down the railway tracks and making comments that that was the mobilization of the National Guard to move into big cities and quarantine the places," Lengyel said. "It's just not true."

"I don't think the president mobilizing us is even in the realm of the possible," Lengyel said.

Lengyel predicted that more than 10,000 National Guardsmen would be activated across all 50 states by mid-week.

"We seem to be increasing at a rate somewhere about 1,000 a day over the last several days," he said Tuesday.

As of Tuesday afternoon, 26 members of the National Guard had tested positive for COVID-19. This included Guardsmen activated in response to the outbreak as well as unactivated Guardsmen.

As of Wednesday morning, the Department of Defense had 435 confirmed cases of COVID-19 across the force — this includes both current and recovered individuals. Nineteen active duty service members have recovered from the illness. One DoD contractor has died.

﻿Want to get more connected to the stories and resources Connecting Vets has to offer? Click here to sign up for our weekly newsletter.