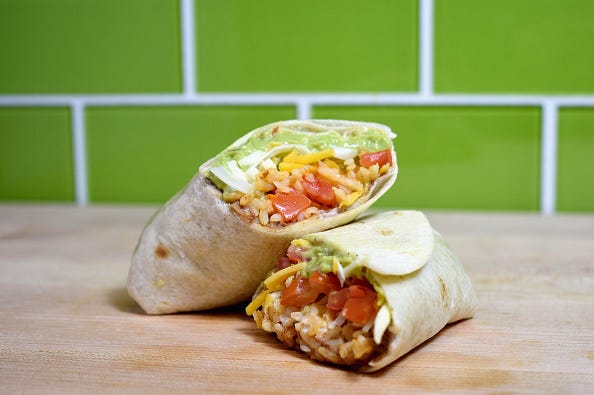 Taco Bell has been hugely popular in recent weeks – and it’s not just because of the coveted Cheesy Gordita Crunch taco they offer. They’ve got a Taco Bell wedding chapel in Vegas as well as a Taco Bell hotel in Palm Springs for fans to enjoy.

But it seems that fans have really been indulging recently, because Taco Bell is reportedly experiencing a tortilla shortage. Gasp!

The national tortilla shortage, which is affecting various Taco Bell locations across the country, is due to problems involving the company’s tortilla supplier, according to a statement given to Fox News.

The statement reads, “While some Taco Bell restaurants are experiencing supplier shortages, we are working diligently to replenish the supply of our tortillas (used for products like quesadillas and burritos) in those restaurants and encourage fans to try the Chalupa Cravings Box in the meantime. We apologize for any inconvenience this might cause and appreciate our customers’ patience.”

The affected tortillas are 10 inches in diameter – the very ones used to create a few of the chain favorites like burritos, tacos, and quesadillas.

Fans are flooding to Reddit with their complaints with one user claiming to be an employee outlining the situation for upset customers.

“There’s a warehouse shortage (nationwide, I believe) of 10” tortillas, which, if you don’t know, is like half of the menu,” he writes.

Guess customers will just have to stick to their hard shell, nacho, and salad favorites for a few weeks while the company works to get this sorted out!