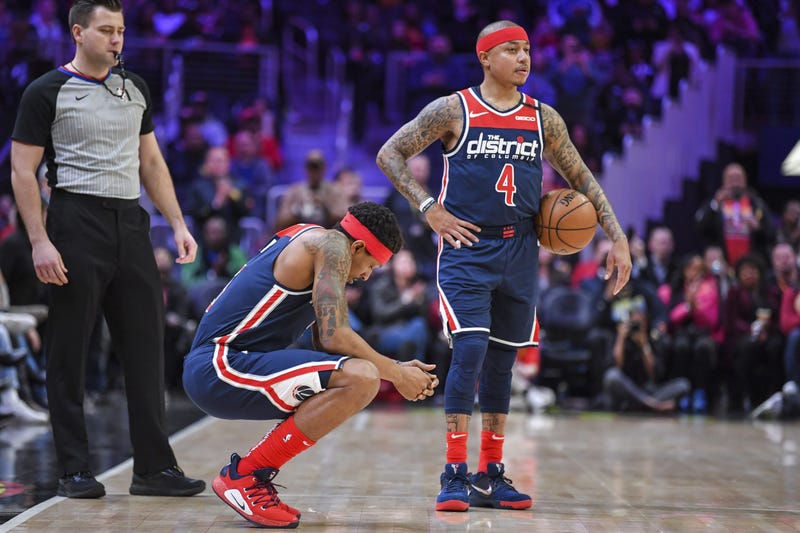 97.1 The Ticket -- As the basketball world mourned the death of Kobe Bryant, his teenage daughter and seven others, NBA teams paid tribute to the Black Mamba as they took the court Sunday afternoon.

The Denver Nuggets and Houston Rockets were the first two teams to tip off on Sunday, and paid tribute, as did all teams throughout the day, with a moment of silence before the game.

The Rockets and Nuggets held a moment of silence before tipoff to remember Kobe Bryant. #KobeBryant pic.twitter.com/96Xn6iF2bB

The Rockets and Suns each began their game by taking 24-second shot clock violations, in honor of the jersey number Bryant wore for the latter half of his illustrious 20-year career with the Los Angeles.

That set off a trend across the league's other games later in the day, as the Grizzlies followed suit and the Suns followed that up with an eight-second backcourt violation, in honor of the number Bryant wore when he broke into the league straight out of high school.

a moment to remember a legend pic.twitter.com/nPuL6dVjub

The New Orleans Pelicans held a 24-second moment of silence for Kobe Bryant and his daughter Gianna before today's game against the Boston Celtics ❤️ pic.twitter.com/Q87Pf2D48E

Mike Breen speaking emotionally about Kobe's death at the start of the Nets-Knicks game pic.twitter.com/ufr9CVmd17