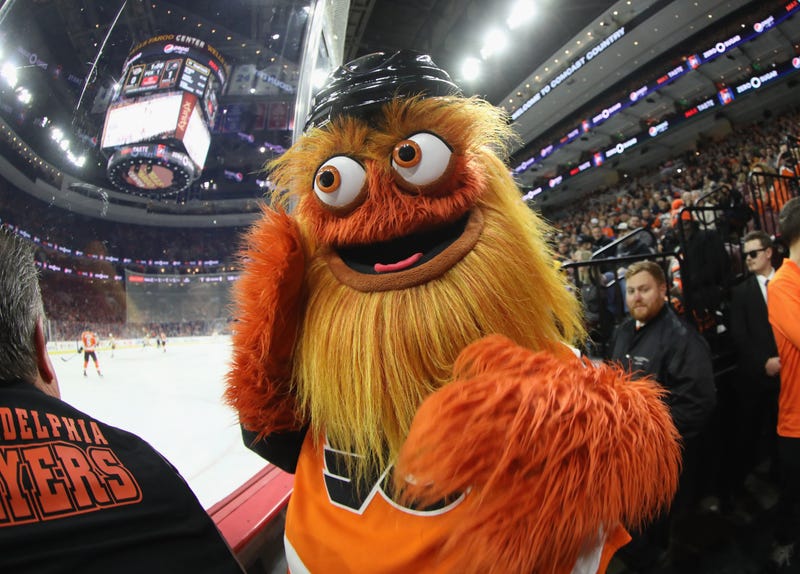 PHILADELPHIA (KYW Newsradio) — Philadelphians are offering to help fulfill the wishes of one of Gritty's biggest fans.

Three-year-old Jack Callahan lives in Charlottesville, Virginia, but he's spent a lot time in Philadelphia, where he's been receiving cancer treatments at the Children's Hospital of Philadelphia.

While in Philly, he's come to love the sassy, googly-eyed Flyers mascot Gritty.

"We said, 'Jack, do you want to write a letter to Gritty and ask him questions?' And he said 'yes,' " recalled his mother, Emily Callahan. "He's 3 and he can't write, so he dictated the letter to us the other day."

In the letter, he told Gritty he wants a Gritty-themed birthday cake for his fourth birthday on Oct. 30, and he wants to dress up as him for Halloween.

He asked him, "Where are you from? What food do you like to eat?"

Jack wrote a letter to Gritty today (dictated to my brother). We kind of sort of really need a Gritty appearance at the oncology floor at CHOP between now and Halloween.

Uncle Ryan Callahan, who lives in Philadelphia, posted the letter on Instagram over the weekend. Since then, dozens of people have reached out for Jack's special day.

Bakeries like Delice et Chocolat in Ardmore and Whipped Bakeshop in Philly have volunteered to make him Gritty cakes. Others offered to send him crocheted Gritty dolls and or even Gritty Halloween costumes. One user even reached out to the Flyers to arrange a visit.

Jack's father, Mike Callahan, is touched by the response.

"As hard as it has been to have your child have cancer, and to have an especially kind of tough diagnosis with metastatic cancer, it's brought out the best in people," he said.

Mike admits he's a little uneasy with all the attention, because Jack is one of dozens of children on the oncology floor. For now, Gritty is still visiting Europe with the Flyers, but here's hoping he returns in time for Jack's birthday.