The rookie first baseman originally wanted to get special caps for his teammates to wear during a home game on the 18th anniversary of the attacks, but Major League Baseball blocked that idea.

So, Alonso arranged to have special cleats made for his teammates.

The handpainted red, white and blue cleats features images of the American flag and the words "We will never forget" along with lettering for first responder units. 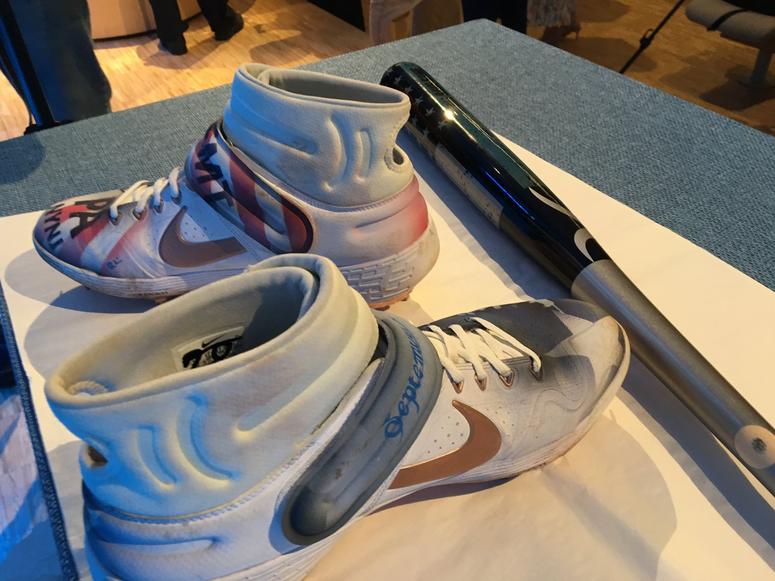 Neither Alonso nor the Mets received a punishment from the MLB for going through with the idea without its permission.

Rather than keep his pair, the 24-year-old decided to give them to the museum in lower Manhattan – he said it was a “no-brainer” decision.

“It's crazy that they asked. I mean I'm still taken aback by that. If they ask, I’m gonna do it, you know? I'm just so humbled and thankful,” he said. "Baseball is my job, I love the game of baseball but hopefully I want to be known as a really good person." 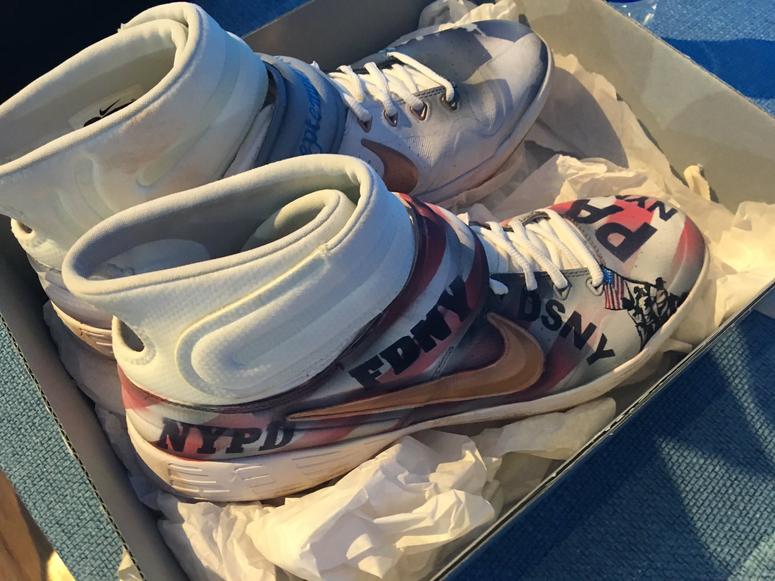 The 24-year-old first gained an appreciation for the ongoing health problems related to 9/11 when he played in Brooklyn in 2016.

“That what I really didn't understand, the fact that it's still currently impacting the community today, to me, is appalling,” Alonso said.

Lat month, when asked about the decision to reject the idea of the first-responder hats, former Yankees manager Joe Torre, now the MLB's chief operating officer, told Howie Rose and Wayne Randazzo that he feels there are other ways for teams to honor the victims, without changing uniforms.

#Mets 1B Pete Alonso has donated his custom, 9/11-themed cleats to @Sept11Memorial. The rookie slugger had shoes made for everyone on the team after @MLB refused to let them wear caps honoring first responders. Alonso says he’s humbled. @wcbs880 pic.twitter.com/ZrQceUAvla

"Every team could really have a legitimate reason to want to wear a different hat to honor something that happened in their particular area, and we just try to keep it consistent with the uniform. We allow them to use patches and they can wear T-shirts pre-game," Torre said.

He hinted at room for compromise, saying "there may be a day in the future" for special 9/11 uniforms.