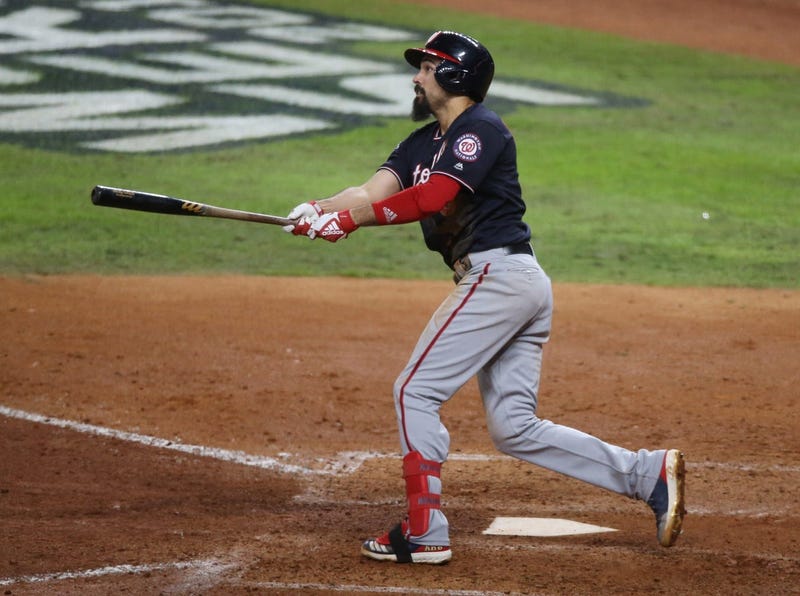 DALLAS (105.3 The Fan) - Per a report from MLB Network's Jon Heyman, coveted free-agent third baseman Anthony Rendon is officially off of the market after agreeing to a seven-year $245 million contract with the Los Angeles Angels on Wednesday.

Following the Washington Nationals re-signing of star pitcher Stephen Strausburg on Monday, the Angels, Texas Rangers, and Los Angeles Dodgers were all said to be in the race for the third baseman, before he ultimately decided on the Angels.

Per a separate report from Evan Grant of the Dallas Morning News, the Rangers offer for Rendon totaled six years, and just under $200 million.

After striking out on Zack Wheeler, Gerrit Cole, and now Rendon, The Texas Rangers will have to shift their attention in their free agency pursuits elsewhere, with names like Josh Donaldson still on the market at the position.

There are also other possibilities such as Kris Bryant and Nolan Arenado still available on the trade market, though those options do not seem likely at this point.