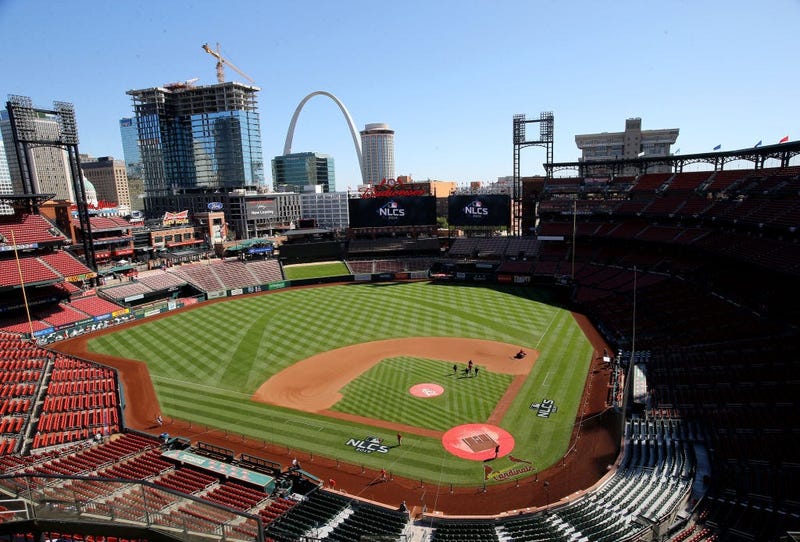 ST. LOUIS, Mo (KMOX) -- According to reports, the Cardinals game vs. the Brewers today has been postponed due to positive coronavirus tests.

RADIO.COM Sports MLB Insider Jon Heyman tweeted that the game would be postponed over positive tests from the Cardinals.

Joel Sherman of the New York Post added that the Cardinals are currently isolating at their hotel in Milwaukee, while Craig Mish says that he's hearing there are only two Cardinals who are infected.

The game has been called off in the same week a large outbreak affecting the Miami Marlins led to the indefinite suspension of the team's season. The Philadelphia Phillies ballpark, Citizens' Bank Park, was also ruled out of commission while it was being sanitized after the Marlins played their season-opening series there last week.

MLB Commissioner Rob Manfred expressed optimism earlier this week that the league could successfully navigate positive tests over the shortened 60-game season while keeping players safe. The league's owners did not discuss suspending or cancelling the season on a regularly scheduled Monday conference call, Manfred said.

This is a breaking news story and will be updated as more details come in.