Garrison Lassiter, a failed MLB prospect who never made it past High-A, sued the New York Yankees for $34 million and blamed Yankees legend Derek Jeter for derailing his career as a shortstop.

Lassiter is a career .244 hitter with four home runs and 73 runs batted in over five seasons.

Jeter's resume as a Yankee speaks for itself: 14-time All-Star, five-time World Series champion, five-time Gold Glover, cementing himself as one of the greatest to ever play the game and wear the pinstripes.

In the bizarre lawsuit, Lassiter used letters, newspaper clippings and scouting reports to claim that there was a conspiracy against him in order to "protect the career of Derek Jeter". 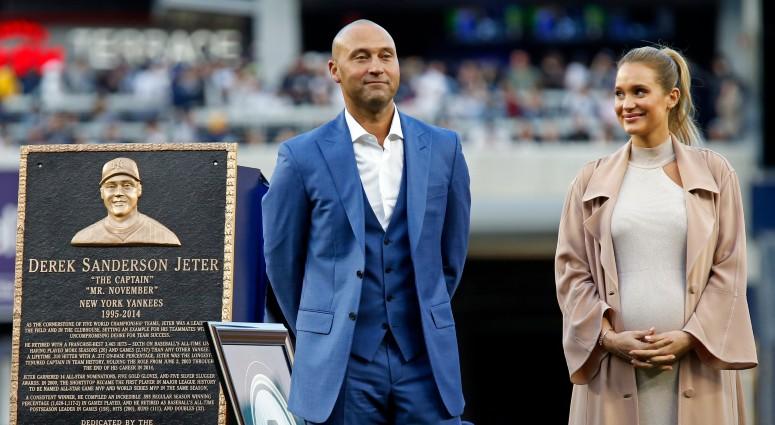 Lassiter says he is broke and homeless, having to sleep in his car. The Yankees signed him to a $675,000 signing bonus back in 2008.

“I cannot get on the field due to the New York Yankees trying to control my career,” he wrote in all caps to several major league teams, looking for deals that never came. “I’m the only baseball player that will stand up to the New York Yankees,” he added in the final page of the document, which was filed in U.S. District Court for the Middle District of North Carolina.

When the lawsuit against the Yankees didn't work out, he also went after the Cincinnati Reds as well as Proehlific Park, a North Carolina training complex owned by former NFL wide receiver and Hillsborough, N.J. native Ricky Proehl.

Lassiter, a who signed with the Yankees instead of pursuing a college football career, says Proehl’s facility failed to get him a tryout in the National Football League.

Aaron Ledesma, who managed Lassiter at Low-A Charleston in 2011, chimed in.

He continued: “He had good size but I think his lack of footwork kept him from playing shortstop, and I believe the Yankees moved him over to third base, which I don’t think he was happy about,” Ledesma said, who spent five seasons in the major-leagues. “He tried to make it as a third baseman and he just didn’t have the bat to play that position.”

The full details of the lawsuit can be found courtesy of Brendan Kuty, Yankees beat reporter for NJ.com.