J.D. Davis, a member of the tainted 2017 Astros who now plays for the Mets, said Friday he's ashamed of his role in Houston's sign-stealing scandal.

Davis explained that he was just 24 years old and "starstruck" when he cracked into the majors with the Astros in 2017.

"Everybody that's a part of the 2017 Astros, they feel regrettable about that decision (to illegally steal signs)," Davis told reporters at spring training in Port St. Lucie, Florida. "And looking back, as a young guy being exposed to that in 2017 and looking back at that now and getting a full season under my belt, of course it's regrettable, and you feel ashamed to be part of it. But I've learned, again, what not to do."

When asked about the Astros' cheating in December, Davis said he wasn't aware of it. "And even if I was, even if there was, I wish I would've known because I batted only like .180, .200 or something like that," he said then. "But I really have no idea or no clue." 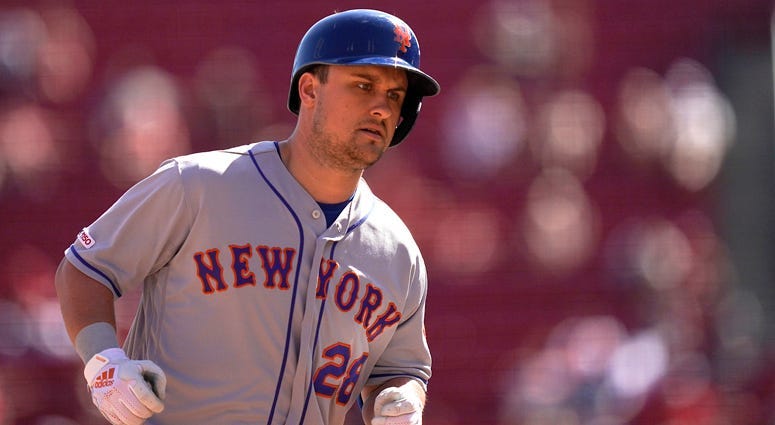 On Friday, Davis said, "I spoke prematurely (in December), and I was aware of it."

The Mets outfielder/third baseman added that "baseball took a couple of steps backwards" as a result of the Astros scandal.

According to MLB Commissioner Rob Manfred's report, the Astros scheme, during their 2017 World Series-winning season, consisted of positioning a camera in center field at Minute Maid Park to zero in on catchers' signs, which were then relayed to batters by having someone who was monitoring the video feed on a computer bang on a trash can in the tunnel near the team's dugout.

Davis was alerted to at least 14 pitches by trash can bangs, according to the website SignStealingScandal.com, which reviewed video from Astros games in 2017.

“I didn’t really think much of it, going up there fresh and new and being part of the major-league clubhouse and major-league guys,” Davis said. “Maybe what they did was the norm, I have no idea, I've never been in another big-league clubhouse to compare the two. Looking back on the situation and the details of it, it's terrible. It's terrible for the game of baseball.”

He was acquired by the Mets in a January 2019 trade and was one of New York's most pleasant surprises last season, batting .307 with 22 home runs and 57 RBIs.