(105.3 The Fan) - The Dallas Cowboys think their offense, keyed by QB Dak Prescott, is a "nightmare'' for opponents. One opponent - Washington Redskins cornerback Josh Norman - counters by suggesting a wait-and-see approach to what Dak can do.

“You stand back there in the pocket all day and go through your first, second and third reads and come back to your first one, OK, cool,'' said Norman via the AP. "Anybody can that. You could throw the ball if that’s the case.”

Due to what Prescott accomplished in Week 1, throwing for 405 yards and four touchdowns while carving up the New York Giants in a 35-17 home win, the Dallas QB was named NFC Offensive Player of the Week. But part of what Norman is saying is true; Dak was the beneficiary of a very clean pocket, the Cowboys' vaunted offensive line easily overpowering a Giants front that lacks a pass-rush.

But this Sunday in a noon game at Washington, the Cowboys harbor a quiet confidence about being able to do it again. Is the 'Skin' pass rush going to overpower a Dallas offensive line that features a seemingly healthy All-Pro right guard Zack Martin (who's back soreness seems to be fading)? Is Norman, once upon a time one of the very best in the game, up to the challenge of chasing around receiver Amari Cooper and company? 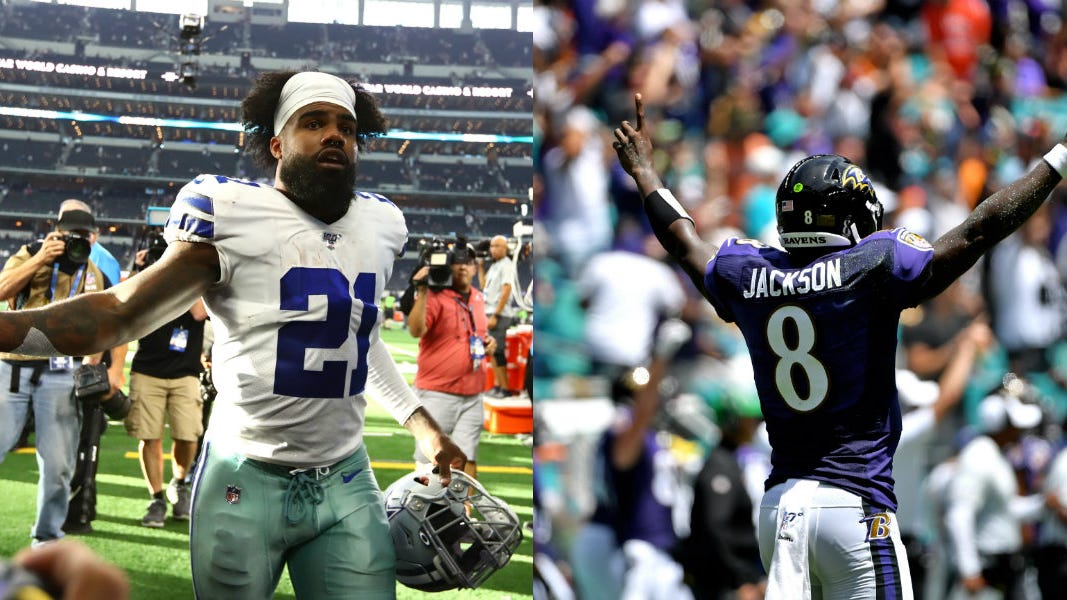 Says Cooper: "I think that's like a defense's nightmare when everybody is making plays. How do you game plan against that? How can you make adjustments? What are you going to do?"

For Dak's part, he's probably not interested in a public debate with Norman, who has a habit of luring opponents into such arguments. Indeed, to a degree, Prescott sort of agrees with anyone who insists that he was short of "perfect'' in Week 1, despite his perfect QB rating of 158.3.

"It definitely wasn’t a perfect day,” Prescott said. “I don’t ever honestly even look at the rating. There’s a lot of other things I guess I could say I look at. Timing. 'Was I in the right spot?' 'Were my eyes in the right spot?' 'What’s the anticipation? ... Things of that (nature) that a rating doesn’t justify, so ... I definitely just look at decisions.''

Norman had made the decision to, at least in a mild way, call out Dak. The Cowboys answer comes Sunday in Washington.