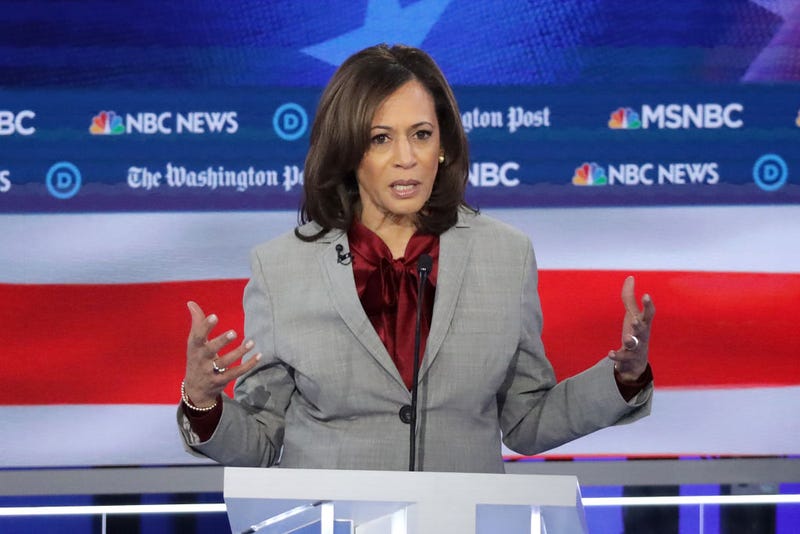 California Sen. Kamala Harris announced Tuesday that she was withdrawing from the Democratic primary.

The senator made the official announcement in a blog post published to Medium, citing campaign funding as one of the primary reasons for dropping out of the race.

To my supporters, it is with deep regret—but also with deep gratitude—that I am suspending my campaign today.

But I want to be clear with you: I will keep fighting every day for what this campaign has been about. Justice for the People. All the people.https://t.co/92Hk7DHHbR

“My campaign for president simply doesn’t have the financial resources we need to continue,” Harris wrote. “I’m not a billionaire. I can’t fund my own campaign. And as the campaign has gone on, it’s become harder and harder to raise the money we need to compete.”

The news of her withdrawal came on the same day that Harris also canceled a high-profile fundraising event in New York City. It was scheduled to take place at the Paul Weiss law firm but was reportedly canceled due to a “personal matter.”

While Harris has officially left the race for the White House, she did inform supporters that she is “still very much in this fight.”

She added that she was grateful to the volunteers and contributors who helped the campaign and said she will “do everything in my power to defeat Donald Trump and fight for the future of our country and the best of who we are.”

Harris’ decision to withdraw comes after months of trying to recreate momentum from her original campaign launch in January. That event drew roughly 20,000 people in her home state.

The junior senator was once considered a front-runner in the crowded field but slowly saw a decline as rivals, such as Elizabeth Warren and Indiana Mayor Pete Buttigieg, picked up momentum in the polls.

Harris will now stay on as a senator in California. Her term ends in 2022.