ESPN's Adrian Wojnarowski, citing league sources, reported Monday that Mills has been selling owner James Dolan on a roster that he believes is built to be highly competitive, making Fizdale the scapegoat for the Knicks' 2-8 start, tied for worst in the league.

"Everyone is moving to their positions now," a league source close to management and the coaching staff told ESPN. "This is how they'll make (Fizdale) the fall guy."

Mills and general manager Scott Perry held an impromptu news conference after the Knicks' 108-87 home loss to the Cleveland Cavaliers on Sunday night. 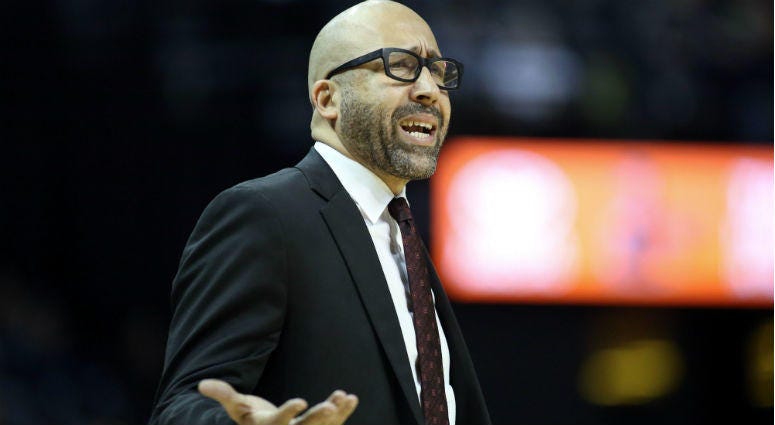 "Obviously, (GM) Scott (Perry) and I are not happy with where we are right now," Mills said. "We think the team is not performing to the level that we anticipated or we expected to perform, and it's something that we collectively have to do a better job of delivering the product on the floor that we said we would do at the start of this season."

Mills, however, said he and Perry still believe in the coaching staff.

The Knicks hired Fizdale, who previously coached the Memphis Grizzlies, in May 2018. He is in the second year of a four-year contract believed to be worth $22 million.

Fizdale took over a team that was building around then-injured Kristaps Porzingis. But tensions between the front office and the star big man led to Porzingis being traded to the Dallas Mavericks in January. The Knicks acquired guard Dennis Smith Jr., center DeAndre Jordan, guard/forward Wesley Matthews and two first-round picks in the deal. But arguably the biggest benefit was the freed-up salary cap space needed to pursue top free agents such as Kevin Durant, Kyrie Irving and Kawhi Leonard. None, however, landed at Madison Square Garden, with Durant and Irving signing with the crosstown rival Nets.

The Knicks' free agent class instead consisted of Julius Randle, Marcus Morris, Bobby Portis, Taj Gibson, Reggie Bullock and Wayne Ellington -- none of whom have ever been selected to an All-Star Game.

Fizdale is 19-73 since joining the Knicks. Four of the team's losses this season have been by 21 or more points.

Fizdale said Sunday night he accepts "the brunt of that responsibility" for the team's struggles this season.

"I make these decisions -- what's happening on the court, what players play, who plays together, what plays we call the defensive system," he said. "That's on me."