(WFAN) -- The Lenny Dykstra-Bagel Boss Guy showdown is off.

Dykstra told "The Howard Stern Show" on Monday morning that he has canceled his boxing match against the pint-sized viral video senstation on the advice of his lawyers who want him to focus on his upcoming legal malpractice trial. The former Mets star and Chris Morgan, who was caught on video in July screaming at customers at a Long Island bagel shop, were scheduled to fight Saturday night at the Showboat Hotel in Atlantic City.

Dykstra filed a $15 million lawsuit in 2014 alleging he was brutally beaten by deputies at a Los Angeles jail while serving a sentence there in 2012. He later filed a separate lawsuit against Boucher LLP in Los Angeles claiming the law firm botched his case through negligence and disregard.

Jury selection in Dykstra's case against Boucher is set for Oct. 21, and the trial will begin the next day. 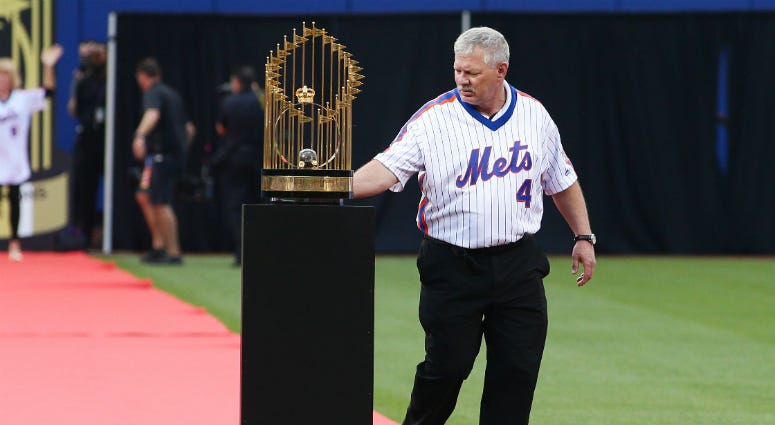 "My attorneys have informed me that I have a duty and obligation to prepare for that trial and be responsible to properly be ready for this trial that's been going on in litigation for seven years," Dykstra told Stern. "The timing just didn't work.

"It's serious because we're playing for real money here, and seven years of my life has been involved here."

Dykstra, 56, said the fight against Morgan will not be rescheduled but told Celebrity Boxing promoter Damon Feldman he would work with him again in the future.

While promoting the bout in Philadelphia last month, the former All-Star outfielder put on a show, shoving Morgan, 45, and later launching himself onto some tables while chasing after him.