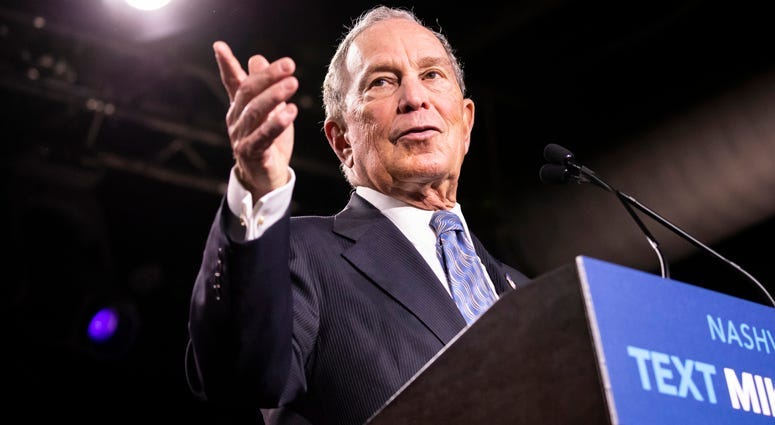 Mike Bloomberg has suspended his presidential campaign following a disappointing performance on Super Tuesday and is throwing his support behind Joe Biden.

Three months ago, I entered the race to defeat Donald Trump. Today, I'm leaving for the same reason. Defeating Trump starts with uniting behind the candidate with the best shot to do it. It's clear that is my friend and a great American, @JoeBiden. pic.twitter.com/cNJDIQHS75

Bloomberg poured hundreds of millions of dollars of his own fortune into advertising in an attempt to get a leg up on the competition in the Super Tuesday states, but had a disappointing showing. He was the winner in only one contest, Amercican Samoa, and failed to gain the percentage of delegates that he would need to keep going.

“The delegate math has become virtually impossible – and a viable path to the nomination no longer exists," Bloomberg said.

The former New York City mayor has endorsed the former vice president saying he has the "best shot" to defeat Trump.

"I remain clear-eyed about my overriding objective: victory in November. Not for me, but for our country. And so while I will not be the nominee, I will not walk away from the most important political fight of my lifem" Bloomberg said. "I’ve always believed that defeating Donald Trump starts with uniting behind the candidate with the best shot to do it. After yesterday’s vote, it is clear that candidate is my friend and a great American, Joe Biden."

Fueled by his victory in South Carolina and a slew of late endorsements, Biden dominated Super Tuesday, sweeping the south and winning a total of nine states, including Texas.