(WWJ) Two Michigan sisters are home from the hospital, experiencing life in their very own bodies for the first time.

Sarabeth and Amelia Irwin, born in June of 2019, have separate hearts, digestive systems, and all their own limbs; but they shared a liver.  They were attached from their chests to their bellybuttons.

In the ultimate gesture of sisterly love, The Detroit Free Press reports the conjoined twins were “locked in an embrace at birth,” literally wrapping their arms around each other.

Now; they are home with their big sister, Kennedy (4), and parents, Alyson and Phil, in Petersburg. And separated. It’s thanks to the work of about two dozen surgeons across various specialties at Mott Children’s Hospital in Ann Arbor.

The surgeons performed the 11 hour operation, believed to be the first of its kind in the state, on August 5.

“By the time we went to the operating room…, we had really rehearsed many of the steps of the procedure so I think that had made a really big difference,” Dr. George Mychaliska, pediatric and fetal surgeon, told WWJ Health reporter Dr. Deanna Lites. 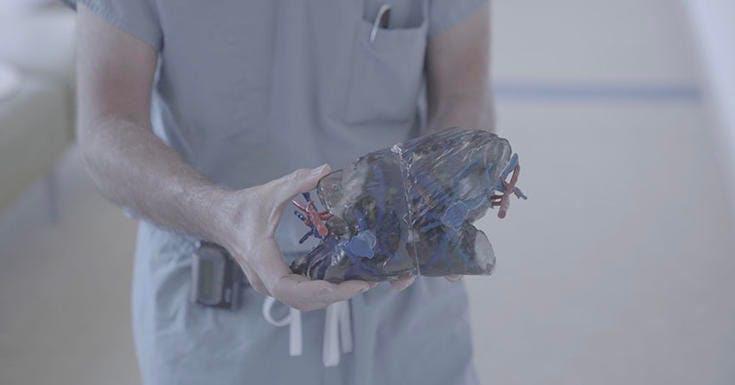 Mychaliska remembered the moment of their separation.

“For everyone in the room, it was a very emotional and extraordinary moment when the last incision was made to separate these girls from one to two,” Mychaliska said in the release.

After the separation, the team then got to work crafting an abdomen and belly button for each of the sisters.

They spent about a month in the Neonatal Intensive Care Unit after the surgery.

Their homecoming this time, in many ways, is like a rebirth. 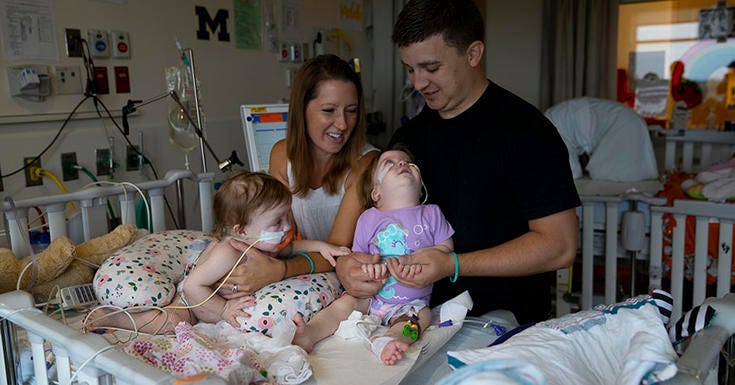 When an ultrasound revealed their two little girls were conjoined, their parents told Michigan Medicine they prepared for the worst.

CNN reports the overall survival rate for both conjoined twins beyond their first birthday is between 5% to 25%.

Some other facts about conjoined twins: they occur in every 50,000 to 60,000 births, and 70% of them are female, according to Children’s Hospital of Philadelphia. 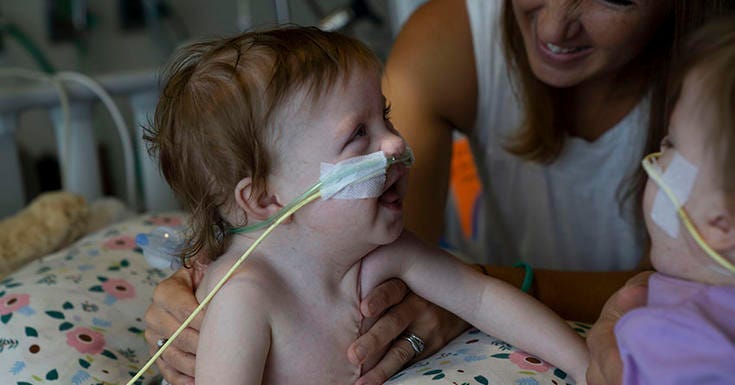 He said there is every reason to believe Amelia and Sarabeth will have a long and healthy life while always having each other.