Jason Garrett will be coaching in the NFC East in 2020 after all, except for a new team in a new position.

Garrett's 10-year tenure with Jerry Jones and Dallas, which came to an end after this past season, is well-documented. The Cowboys made the postseason just three times during his time there and never made it past the divisional round.

They finished 8-8 in 2019, finishing in second place in the NFC East behind the Philadelphia Eagles. Garrett finished his Cowboys tenure with an 85-67 record and a 2-3 playoff record. 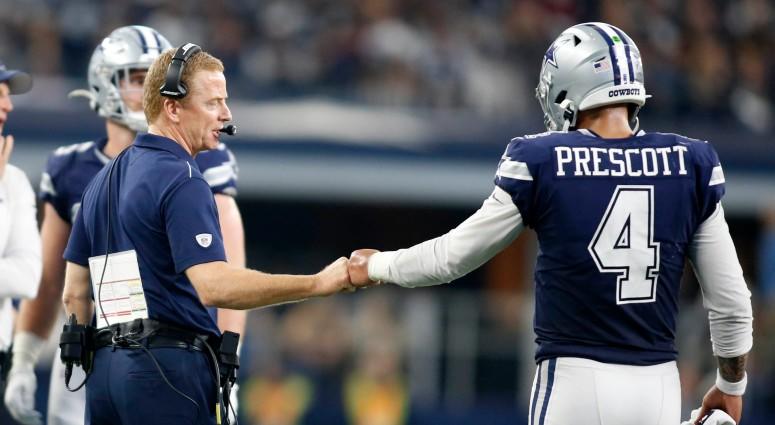 Garrett will be looked upon to help develop the Giants' young quarterback, Daniel Jones, who showed signs of promise during his rookie campaign in 2019. He finished with 24 touchdowns and 12 inteceptions but also lost 11 fumbles.

In Dallas, he was big in helping to groom Cowboys starter Dak Prescott into a star quarterback, who finished fourth in the NFL this season with a 70.1 QBR. Prescott had 30 touchdowns and 11 interceptions on the year.

This isn't Garrett's first time with the Giants, as he spent four seasons as backup quarterback for the team from 2000-03.

Looks like Giants fans will be seeing plenty of more of Garrett for years to come.