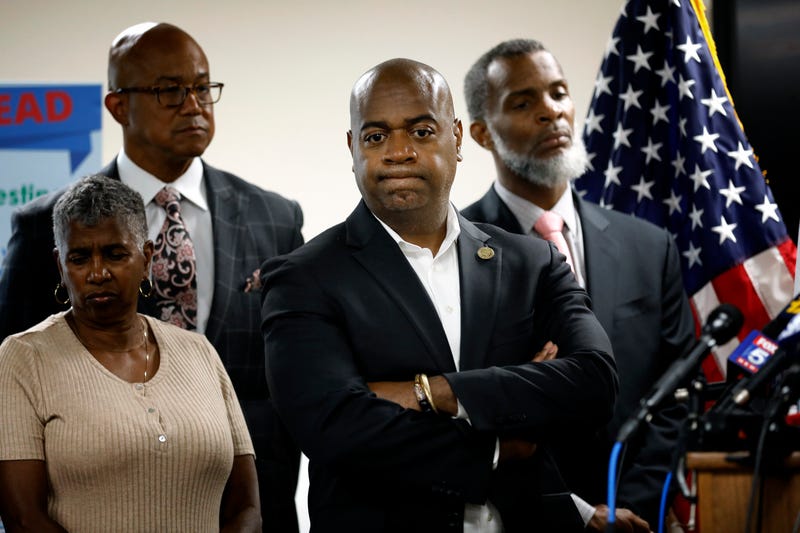 The incident happened outside Malcolm X Shabazz High School after the team got off a bus following an away game.

Video of the incident shows four boys tackle and then repeatedly punch and kick the victim on a sidewalk. A voice behind the camera says, "They're about to jump the basketball coach!"

Disturbing video out of Newark, NJ where a high school basketball coach was attacked by his own players. Police are working to identify the suspects. (Sharing recut video due to offensive language) Live report on Eyewitness News and updates here: https://t.co/ASc7PagSOp pic.twitter.com/5elHx2ujQo

WABC-TV reported that the altercation happened after the coach told his players to stop picking on another student.

Police told TMZ they have identified the attackers but are not releasing their names because all are minors.

The players involved in the fight have been suspended from school, multiple reports said.

Newark Mayor Ras Baraka said in a statement: "The actions of these students will not be tolerated. It does not represent the majority of the school. The school and team have great kids. Many of them go on to college and on to do great things, and we're proud of them."

The coach declined medical attention at the scene, TMZ reported.