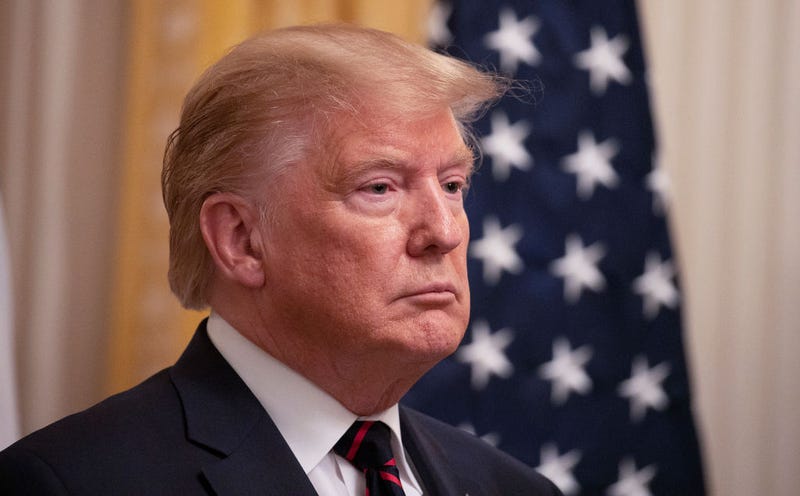 For a second time in three months, President Donald Trump is headed to Pennsylvania to promote his support for the natural gas industry, making clear that he sees his pro-industry policies as a boost to his chances of winning the battleground state.

As some of his leading Democratic opponents are calling for a fracking ban, Trump has been eager to cut a contrast, touting his support for a sector he says brings economic benefits to rural pockets and jobs to construction union workers.

In the suburbs that might be key to his path to victory, Pennsylvania voters have shown a growing opposition to the drilling and massive pipelines required to move its product across the state. Candidates in state and local races are increasingly hardening their stances on the industry. National polling shows growing skepticism of fracking, the process used in extraction.

While the issue is unlikely to be the one that turns a race already dominated by Trump's strong personality, a looming impeachment fight and accusations of racism, Trump's eagerness to promote the industry underscores his tight focus on shoring up his base of rural voters, even at the risk of alienating others.

On Wednesday, Trump will speak to a conference in Pittsburgh, a corporate hub of activity in the Marcellus Shale, the nation's most prolific natural gas reservoir.

Going to the Pittsburgh conference gives Trump the ability to pitch to an industry and a region — western Pennsylvania, eastern Ohio and West Virginia — that help make up "what some would call his base," said Dave Spigelmyer, president of the Marcellus Shale Coalition, a trade group that's co-sponsoring the event.

Several Democratic presidential candidates are taking their own political risks on the issue. Backed by environmentalists on the left, some candidates— including Bernie Sanders and Elizabeth Warren — have broken from the party's past support for fracking to call for a nationwide ban. More centrist candidates, including former Vice President Joe Biden, have declined to go that far.

"This would have never happened without me and us," Trump said. In 2016, Trump eked out a win in Pennsylvania — the first Republican presidential candidate to capture it since 1988 — by piling up support with Pennsylvania's rural areas and working-class whites.

Philadelphia's moderate suburbs, meanwhile, turned decisively against him. Some party officials have fretted that Trump will need to improve his suburban performance in 2020 to win Pennsylvania a second time.

"It's absolutely traumatic and I don't say that to exaggerate or cry wolf," said Carrie Gross, referring to the project that runs through backyards in her middle-class Philadelphia suburb of Uwchlan Township. "It's devastated my neighborhood."

Houses in the area there were built some 30 years after workers laid an oil pipeline to carry oil from a Philadelphia-area refinery. Now, the pipeline and others laid along the same route carry highly volatile natural gas liquids — ethane, butane and propane — from western Pennsylvania's drilling fields to the renovated refinery, much of it for export to Europe.

The project has drawn more than $13 million in fines — primarily for polluting waterways from spills of drilling fluid and construction methods not approved by state regulators — and several temporary shutdown orders by state agencies.

Neighbors worry that a single leak would level the entire neighborhood. Warning signs stand perhaps 100 feet (30 meters) from a "Watch Children" sign, and the sound of clanging echoes throughout the neighborhood.

Industry officials embrace Trump as someone who understands the importance of natural gas to the nation's economy, consumers and national security, and Trump's administration has undoubtedly been good for the industry.

His appointees have moved to relax methane pollution standards, expand extraction on federal lands, boost the export of liquefied natural gas and restrict the ability of states to use federal permitting authority to block pipelines.

Spigelmyer said that the industry is improving its image, that it will be critical to a resurgence of manufacturing in America and that fracking is widely misunderstood.

"I think folks are starting to realize that our industry can produce energy in an environmentally responsible way and we're doing it cheaply for consumers," Spigelmyer said. 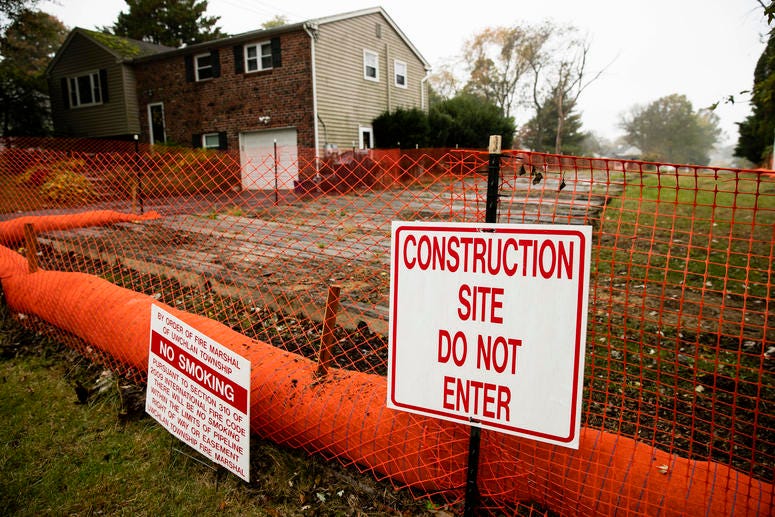 The industry has strong allies in organized labor that have seen a huge influx of work across the state while the plentiful fuel is heating more homes and feeding more power plants.

Still, an Associated Press-NORC poll in August found only 22% of Americans support increasing fracking while 45% oppose it. In 2014, just 31% registered opposition.

The number of Democrats in the state Legislature who oppose fracking is growing, and Democrats who dominate statewide offices have used the industry as a punching bag.

Democratic Gov. Tom Wolf has won twice while promising to make the natural gas industry pay its "fair share" — a reference to his efforts to get the Republican-controlled Legislature to impose an extraction tax on the industry. Democratic Sen. Bob Casey easily won reelection twice while sponsoring legislation to impose federal regulation that the industry opposes.

In his 2016 campaign, the state's Democratic attorney general, Josh Shapiro, said it was time to "get tough" on frackers, and his office, as well as two county district attorneys in suburban Philadelphia, are investigating the Mariner East project.

Once a registered Republican, Gross says her experience with Mariner East has transformed her worldview.

The 37-year-old now backs candidates with the strongest stance on the climate. She voted for Democrat Hillary Clinton in 2016, the first time she strayed from a Republican presidential candidate, although she didn't feel strongly about that decision, she said.

"Bernie's probably the best because he's anti-fracking," Gross said. "And Elizabeth Warren has come out in support, so she's probably second."

Other residents in the neighborhood are not necessarily as resolute as Gross. Some who live a stone's throw from the pipeline say it hasn't affected them. Some said that it had changed their political views, albeit in subtler ways, or that it might in the future.

Some said they felt abandoned by both Democrats and Republicans.

One of those is Pat Marron, a retired teacher whose backyard is a parking lot for work trucks and is across from an active pipeline construction site.

Marron and her husband aren't against natural gas pipelines, but they are shocked that a volatile gas liquids pipeline is allowed to run between homes, she said.

Marron, a registered Democrat, and her husband, a registered independent, voted for Clinton in 2016 and won't vote for Trump in 2020. The pipeline has taken over their lives and is on their minds — "This consumes us," she said — and it could affect how they vote in 2020, she said.

"It's changed how I voted, especially in local elections, just trying to find anybody that I feel will help us," Marron said. "But we've seen that this is on a much bigger scale."