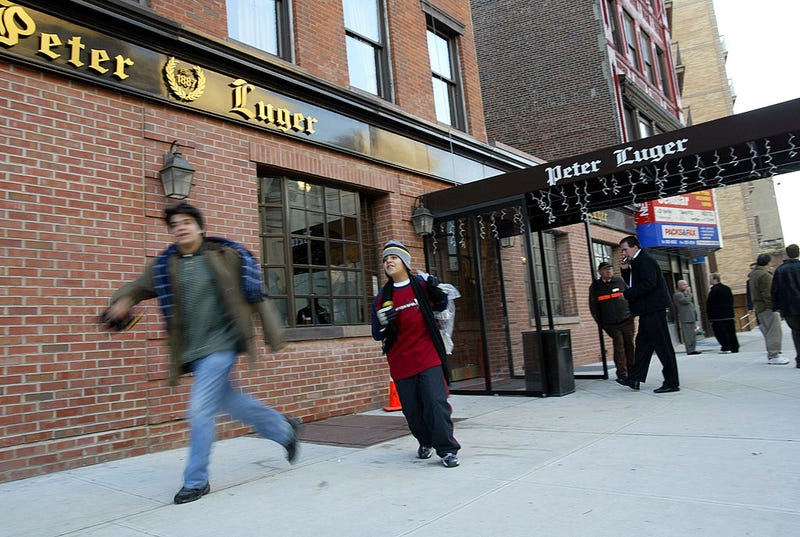 NEW YORK (WCBS 880) — One of New York's iconic restaurants got an updated review from the New York Times on Tuesday and it wasn’t very kind.

Reviewer Pete Wells didn’t mince words when he sat down to write about his most recent visit to Peter Luger Steak House in Williamsburg.

His criticism said the Caesar salad is drippy, the fries are bland and a medium rare steak was rare on one side and medium on the other.

He went so far as to give the iconic Brooklyn restaurant – which once served as the model for all New York City steakhouses – zero stars.

Wells also assailed the service, calling the DMV a “block party” in comparison to the steakhouse.

“The New York Times has reviewed Peter Luger numerous times over the years. At times we have gotten four stars, other times less,” he says.

Berson says while the whims of reviewers have changed over the years, their overarching goal has always remained the same: Serving the highest quality steak.

“We are grateful to our customers who continue to pack our house every single day and especially to our regulars whose emails of encouragement continue to flood our inbox,” Berson notes.

The review generated so much attention that the restaurant was trending on Twitter for the better part of Tuesday, with people describing Well’s comments as “brutal,” “savage” and even “scorched earth.”