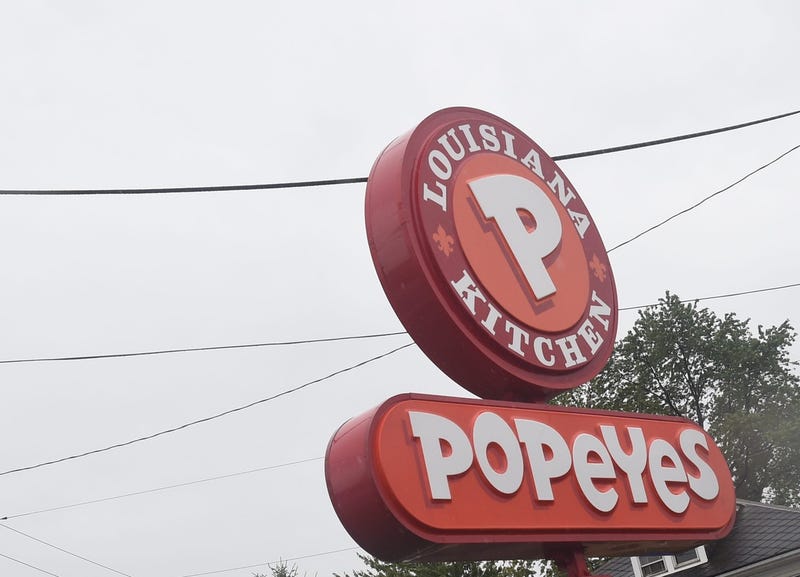 Philadelphia Police Lt. Dennis Rosenbaum says this all happened when officers were patrolling the area near Grant Avenue and the Roosevelt Boulevard Friday night, following a string of similar fast-food robberies.

He says the patrolling officers spotted a vehicle that matched the description of a car that was seen at the previous stick ups.

“We were given a description of a vehicle that may have been involved in these robberies from the other night on Aramingo Avenue on the 21st,” he said. “The officers were in the area, saw a vehicle that fit that description, did a check on the vehicle, noticed it was stolen.”

“At that point they noticed that they had come into the area of the Popeyes restaurant, fearing it was going to be an armed robber they immediately called for backup," he said.

After that, chaos ensued. Authorities say the suspects took officers on a high speed chase down Grant Avenue, just before their car hit a pole. Eventually, three people got out of the vehicle and ran, dropping a mask and a gun.

During the chase, Rosenbaum says, one of the officers who were on foot was struck accidently by a bystander’s vehicle. Officials say the officer is expected to be okay.

“In abundance of caution we made sure that patrol was aware of the robbery the other night and it worked out that we were able to foil the one tonight,” Rosenbaum added.

Officials say the three people are arrest may have been the same suspects in the robberies of two other Popeyes on Castor Avenue and Adams Avenu and a Chipotle along Castor Avenue.