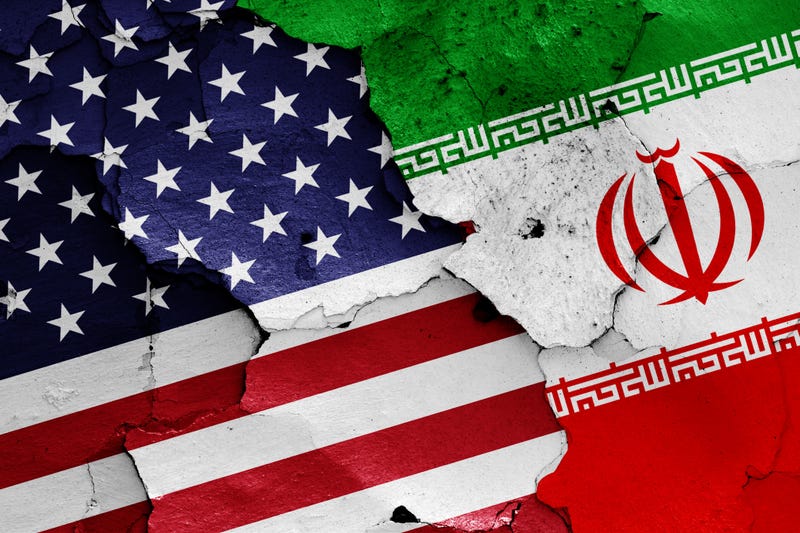 Iranian Quds Force leader Qassem Soleimani was reported killed in a drone strike in Baghdad Thursday night. The news was first reported on Iraqi television and then announced by a PMU Shia militia spokesman.

The strike also killed Abu Mahdi al-Muhandis, deputy commander of Iran-backed militias in Iraq known as the Popular Mobilization Forces, or PMF, Iraqi officials said. The PMF media arm said the two were killed in by an American airstrike that targeted their vehicle on the road to the airport.

Iran vows to seek revenge on the US after an American airstrike killed one of the country's most powerful military and political figures https://t.co/e0ZBihjRLl

The Pentagon's official estimate is that the deaths of 608 service members can be attributed back to Iranians unconventional warfare tactics taken between 2003 and 2011. The main effort was training Shia militia members to wage Jihad in Iraq, particularly on the use of a specialized IEDs called an Explosively Formed Penetrator or EFP, specifically used to penetrate the armor of American military vehicles.

Secretary of Defense Mark Esper made the following announcement following the strike.

"At the direction of the President, the U.S. military has taken decisive defensive action to protect U.S. personnel abroad by killing Qasem Soleimani, the head of the Iranian Revolutionary Guard Corps-Quds Force, a U.S.-designated Foreign Terrorist Organization.

General Soleimani was actively developing plans to attack American diplomats and service members in Iraq and throughout the region.  General Soleimani and his Quds Force were responsible for the deaths of hundreds of American and coalition service members and the wounding of thousands more.  He had orchestrated attacks on coalition bases in Iraq over the last several months - including the attack on December 27th - culminating in the death and wounding of additional American and Iraqi personnel.  General Soleimani also approved the attacks on the U.S. Embassy in Baghdad that took place this week."

A source speaking to Connecting Vets on the condition of anonymity confirmed that there were two follow on operations in Baghdad immediately after the Soleimani targeted killing. Both missions saw operators from JSOC deployed to capture PMU leaders in Baghdad. At least one of the two targets was successfully detained by American forces.

The latest round of drone strikes and JSOC night raids comes after a series of escalating events that have transpired on the strategic level over the course of decades, but in more immediate terms starting with a series of rocket attacks that Iranian linked Shia militias had allegedly waged against bases in Iraq where American service members were present.

After four US soldiers were injured and one contractor killed, the U.S. Air Force launched a series of airstrikes against the Quds Force linked Kataib Hezbollah militia in both Syria and Iraq. In response, Iranian backed "protestors" raided and occupied parts of the American embassy in Baghdad.

President Trump then raised the stakes. Sources speaking to Connecting Vets said it was 1st Brigade Combat Team (BCT) which was spun up from the 82nd Airborne Division and rapidly deployed. 2nd BCT was also placed on standby and is to follow close behind 1st BCT. At any given time, a BCT from the 82nd Airborne Division is prepared for rapid deployment, with one battalion designated as the GRB 1 or Global Response Battalion 1, which was the first to board C17 aircraft and deployed on New Year's Day. The para-troopers reportedly had their cell phones confiscated before they boarded the aircraft, likely an attempt to maintain operational security when the troops arrived overseas.

Other sources indicated to Connecting Vets that elements of the Special Operations community had also been spun up in reaction to what was happening in Baghdad. At least one conventional unit slated to be deployed to Syria was diverted and now is being deployed to Iraq instead.