Hours before Monday's 3 p.m. trade deadline, the Blueshirts announced they have signed left wing Chris Kreider to a seven-year contract extension. TSN's Bob McKenzie reported the deal is for $6.5 million per season.

However, dampening the celebration was Davidson's revelation that rookie goalie Igor Shesterkin and winger Pavel Buchnevich were involved in a car accident Sunday night in Brooklyn. Shesterkin suffered a small rib fracture and will be reassessed in a couple of weeks. Buchnevich was shaken up but avoid any significant injuries. He is listed as day-to-day. 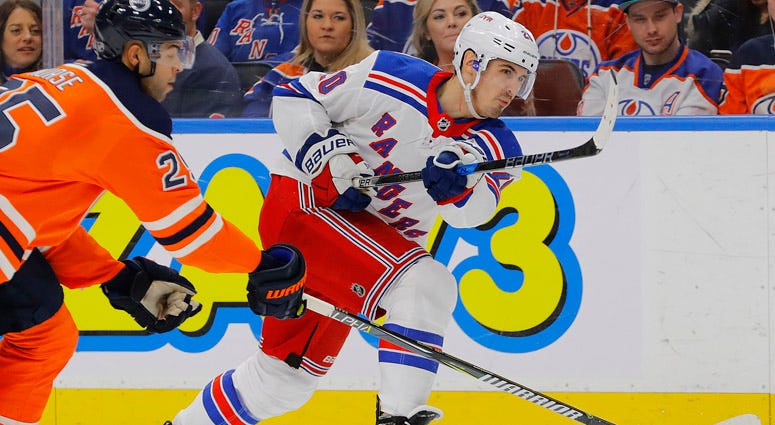 "Igor was driving, and apparently a vehicle pulled a U-turn in front of him and there was a collision," Davidson said. "The airbags were deployed immediately, and the seatbelts were being worn by both players, and thankfully for that. And I mean, thankfully for that.

"In our business, you're dealt curveballs all the time. That's a tough curveball that we have to deal with."

The Rangers felt pressure to trade Kreider if a contract extension could not been reached by the deadline, but they managed to close the deal. The 28-year-old winger had been set to hit unrestricted free agency this summer, and the franchise didn't want to be left empty-handed if he signed elsewhere.

This season, Kreider has skated in 60 games and has 24 goals and 21 assists for 45 points. He is on pace to set career highs in both goals and assists and was selected to his first All-Star Game last month, replacing the injured Artemi Panarin.

"There was lots of dialogue," Davidson said of the contract talks. "It's gone on for a few days. And both sides are very happy with the deal we've been able to put together."

Shesterkin, 24, has exploded on the scene, winning six of his first seven NHL starts while registering a .941 save percentage and 2.18 goals-against average.

After winning seven of their last eight games, the Rangers (33-24-4) trail Carolina by four points for the second wild-card spot in the Eastern Conference.