Miguel Andujar hasn’t played for the Yankees since May, and he could be representing a different team the next time he does feature in an MLB game.

It was only a year ago that Andujar finished second in the running for the American League Rookie of the Year, but Gio Urshela’s performances in his absence last season could change the Yankees’ plans at third base. There’s one team that’s reportedly interested in trading for Andujar.

According to MLB.com’s T.R. Sullivan, the Texas Rangers are “intrigued” by the “possibility” of acquiring Andujar from the Yankees.

Andujar only played in 12 games last year due to a labrum tear in his right shoulder. He initially suffered the injury at the end of March and tried to return in May, but he ultimately had to have season-ending surgery after he struggled heavily upon returning to action. 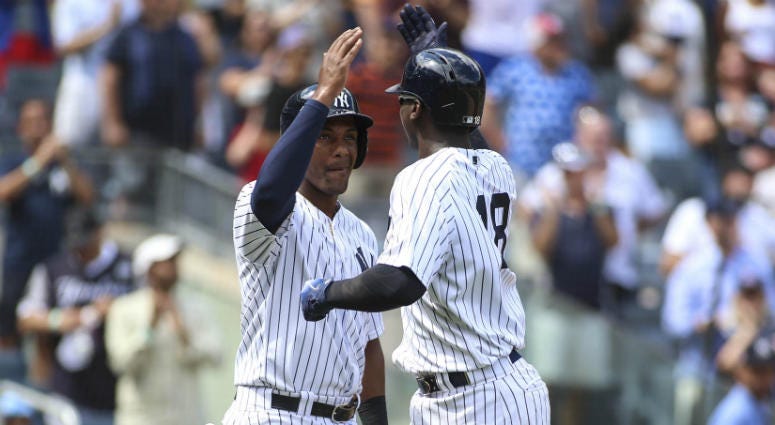 The injury to Andujar was one of a seemingly unending string of ailments that affected Aaron Boone’s team all season. Urshela was one of many unsung heroes who stepped up to fill a void, in this case at third base, when a key player went down.

The Rangers went 78-84 in 2019 and missed the playoffs for the third straight season. A healthy Andujar could be a significant upgrade over Danny Santana and Isiah Kiner-Falefa, the players they currently have on their roster at that position.

Still, it would take a relatively sizable trade offer for Brian Cashman to consider dealing a young talent like Andujar, especially to another team within the American League.