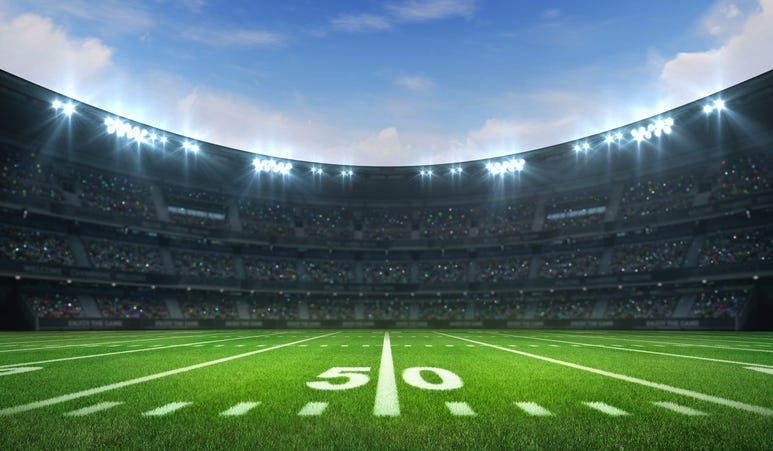 The turf won’t be the only thing that’s green at this year’s big game.

Centerplate, catering partner of Hard Rock Stadium, is adopting the cups as part of its Better Tomorrow 2025 goals and broader mission of phasing out 99.4% of single-use plastics within the year.

We’re headed to the Big Game! Proud to partner with @Centerplate and @budlight to bring a limited-edition @BallAluminumCup to @HardRockStadium. #BallBigGameCuphttps://t.co/qtSwKptujf

Ball designed its cup in response to a growing consumer demand for recyclable items.

And Bud Light, as the game’s official beer sponsor, is presenting partner to work towards Anheuser-Busch’s broad 2025 sustainability goals.

The agreement to adopt the aluminum container will eliminate more than over 500,000 plastic cups from the stadium’s circulation annually.

During the Super Bowl, 50,000 of the 20-ounce cups will be available throughout the stadium’s clubs, suites and concourse areas.

But the Ball cups will remain at the stadium throughout the year for all sporting events, concerts and other events.

Aluminum is infinitely recyclable and the most sustainable beverage packaging material there is. Seventy five percent of all aluminum ever produced is still in use today.

The Ball cup used on Feb. 2 will also be decorated with graphics and logos.

Whether you’re rooting for the Chiefs or the 49ers, it’s plain to see this is a touchdown play.

For more ideas on how you can save the planet, click here and join her in doing 1Thing.