Jason Garrett needs a new job after he was fired following a lengthy spell with the Cowboys.

Garrett spent the last ten years as the head coach in Dallas before it was announced on January 5 that the team would not renew his contract. He was linked with the Giants when they were still looking for a new head coach, and now he is interviewing with the Giants as they look for a new offensive coordinator.

According to NFL Network’s Mike Garofalo, Garrett is interviewing with the Giants on Wednesday at their facility in New Jersey.

Per @MikeGarafolo: Former #Cowboys coach Jason Garrett is in the #Giants facility today interviewing for the vacant OC job today. Garrett is no longer under contract.

Garrett has been an adversary with the Cowboys over the last decade, but he has a history with New York. The former QB spent four years with the Giants as a backup during a key transitional time in the franchise's history. At first, he was backing up Kerry Collins. By the end of his time with Big Blue, he was backing up a young Eli Manning.

Hiring Garrett would be a very high-profile addition to Joe Judge’s coaching staff. Judge doesn’t have any experience as a head coach, or even as an offensive coordinator, but Garrett obviously does. 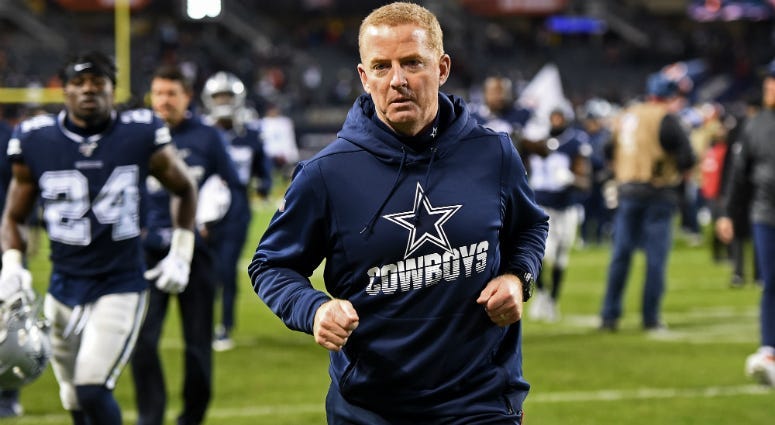 Still, Garrett’s record in Dallas was nothing special. His teams made the playoffs three times during his 10 years with the Cowboys, but they never advanced past the divisional round. Garrett seemed to always be on the hot seat with Jerry Jones, until he was eventually fired earlier this month.

According to multiple reports that surfaced on Tuesday, Patrick Graham is being hired to be the defensive coordinator under Judge. Graham spent last season as Brian Flores’ DC in Miami.