Gerrit Cole completely dominated the Yankees in Game 3 of the ALCS.

The series was tied 1-1 when Cole went seven scoreless innings at Yankee Stadium in a game that was crucial in the context of the Astros securing passage to the World Series. He wasn’t nearly as effective Tuesday night against the Nationals in Game 1 of the Fall Classic, but he’s still undoubtedly one of the best pitchers in baseball.

According to a report from SNY’s Andy Martino, the Yankees will make an attempt to sign Cole this offseason when he becomes a free agent.

Martino’s report claims that it’s “far more likely” that New York will go for Cole than Anthony Rendon, Washington’s star third baseman who is also set to be one of the top free agents available this winter. Martino adds that it has always been expected that Cole will sign with a team on the West Coast, as he is from California. 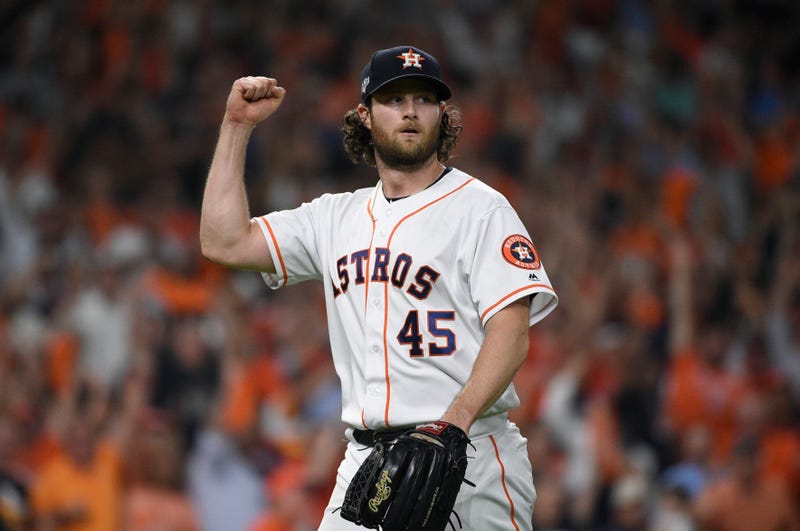 General manager Brian Cashman has repeatedly been honest about his attempts to add another starting pitcher at the trade deadline. He wasn’t able to, and the Astros ultimately beat the Yankees in six games in the ALCS, partially thanks to that ace-like performance from Cole in Game 3.

Luis Severino missed most of the 2019 campaign with injuries, but he projects right now as New York’s No. 1 starter heading into next year. James Paxton, who looked good while getting the win in Game 5 of the ALCS, should also be back. But after Severino, Paxton and Masahiro Tanaka, the rest of the rotation is unclear.

The situation is complicated by Domingo German’s likely looming suspension for an alleged domestic violence incident. German was ineligible for the playoffs.

Adding Cole to the front of that rotation would be a massive boost to a team that has already come close to reaching the World Series. Cole is only 29-years-old and should still have a few years left of pitching at his peak.