(WGR 550) -- Last year, the Buffalo Bills dealt with a full-blown quarterback competition and questions about who will start the season under center. This season, an AFC East rival is dealing with a competition between a young second-year passer and a journeyman veteran who has been around the league..

The Miami Dolphins are in the middle of a heated quarterback battle between former Bills quarterback Ryan Fitzpatrick and former first round pick Josh Rosen.

Fitzpatrick has been in the starting role plenty of times in the NFL with a number of NFL teams, most recently with the Tampa Bay Buccaneers last season. Rosen was able to start 13 games during his rookie season with the Arizona Cardinals, but the team ended up going a league-worst 3-13 and ended up taking quarterback Kyler Murray with the first overall pick in the 2019 NFL Draft.

The Dolphins ended up acquiring Rosen during the NFL Draft on April 26 in exchange for a pair of draft picks.

RADIO.COM Sports NFL insider Armando Salguero joined Schopp and the Bulldog on Tuesday to give a deeper look on the competition under center, and what the Dolphins are looking like heading into the 2019 season.

Salguero on the long term impact of this competition between Fiztpatrick and Rosen:

"By the end of the year, it really won't matter because neither one of these two guys is going to be, from what I can gather, the franchise quarterback of the Miami Dolphins going forward for years and years."

"If they are even 6-10 or 7-9, they're still goint to go out there and find a way to draft a quarterback... There are three guys out there next year - Jake Fromm (Georgia), Justin Herbert (Oregon) and Tua Tagovailoa (Alabama) - that everybody covets. And one of those guys is going to be falling to [pick] No. 3, No. 4, No. 5 and the Dolphins think that they have enough ammunition to get up to that level." 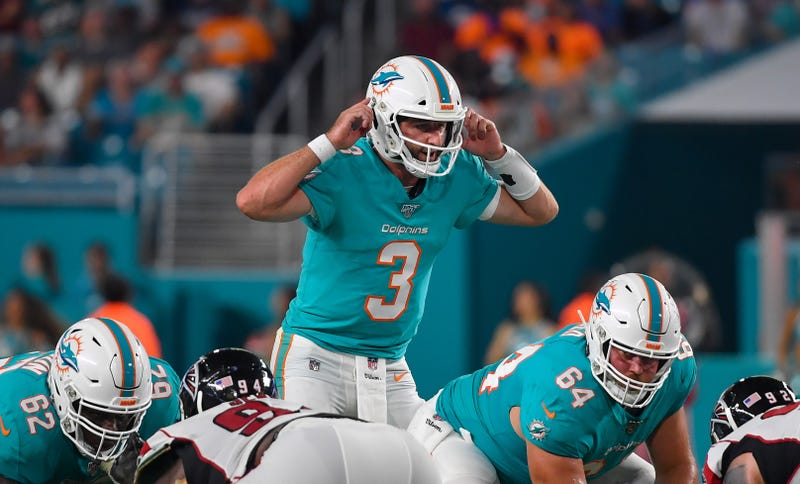 Salguero on the potential of Rosen already being labeled a "bust":

"Part of that circumstance is the teams around him are bad. The Dolphins are not a good football team, their offensive line is not good. Jordan Mills is a starter on the Miami Dolphins offensive line right now.

"Brian Flores was talking about how Josh Rosen needs to improve his 'body language.' When he doesn't like a play or when a play goes poorly, the coach wasn't digging too much Josh Rosen's reaction. And at quarterback, if you don't have the right reaction to adversity, you are affecting the entire offense.

"Ryan Fitzpatrick handles all of those things, he has good body language, he has leadership. He gets guys in and out of the huddle quickly... You've got to - after a while - start to think 'I'm not thinking that the coach is loving this situation with Josh Rosen.'"