Sam Darnold had a night he'll want to soon forget.

Darnold struggled heavily as the Jets were blown out by the Patriots at MetLife Stadium. It was 24-0 New England at halftime, and the game never got any any better for the home team. New York lost 33-0 when all was said and done.

The second-year QB was also mic’d up during the broadcast, which maybe wasn’t such a good idea in hindsight. Darnold said he was “seeing ghosts” after coming to the sidelines following another unsuccessful offensive possession.

Oh no Sam Darnold do not admit to "seeing ghosts" when you're mic'd up in prime time. pic.twitter.com/E0pukwhL4s

Darnold, who only returned last week from his mono-induced absence, only had 34 passing yards in the first half. The Patriots have arguably the best defense in the league, but the 22-year-old still looked lost as the defenders rushed at him.

The former USC star threw two interceptions before the break and has thrown two after it as well. The Jets' second drive of the second half resulted in a safety after Darnold had to bat the ball out of the end zone. He also lost a fumble. It was an all-around ugly showing. 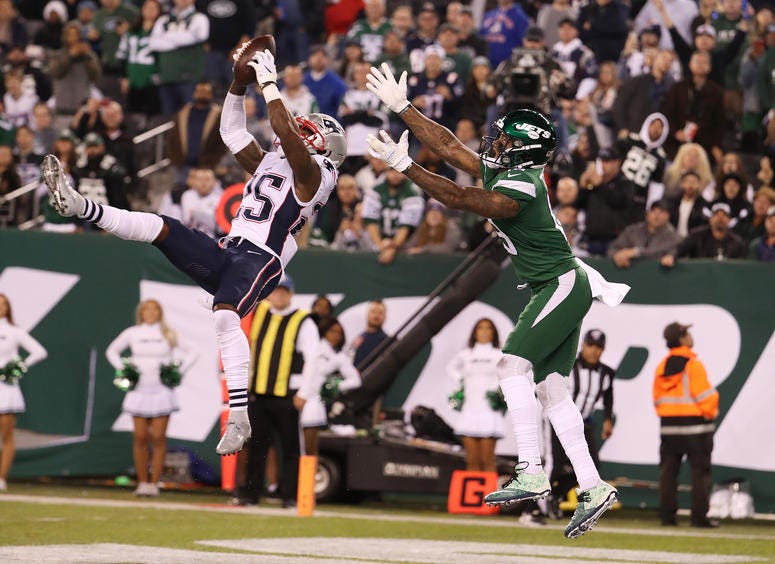 It’s October, but these aren’t the type of ghosts the Jets will want their franchise quarterback to see. Darnold was spooked on Monday Night Football, and the ruthless Patriots took advantage. They're the defending Super Bowl champions for a reason.

The rest of the game was just damage limitation for the Jets. This one was over early.