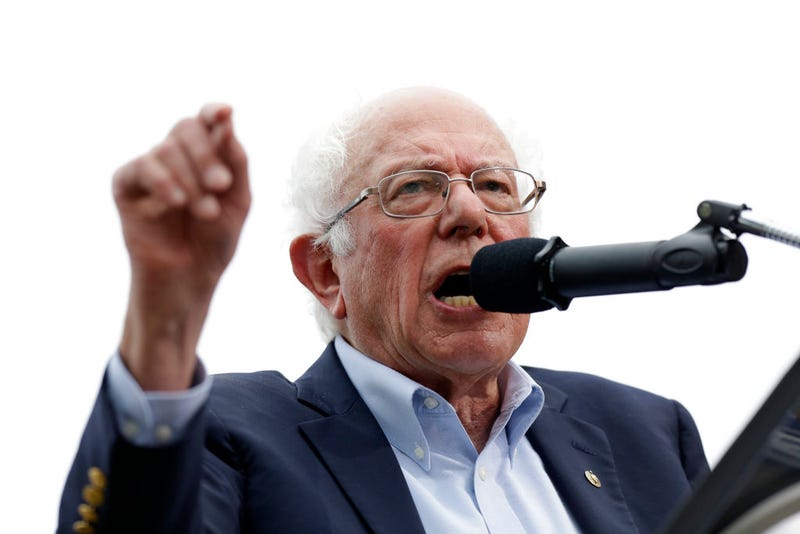 Democratic presidential candidate Bernie Sanders on Wednesday announced he would not be dropping out of the race after disappointing primary results.

In the press conference, which was live streamed on his website, Sanders began by claiming President Donald Trump remains “the greatest threat” to our democracy.

“Donald Trump must be defeated and I will do everything in my power to make that happen,” Sander said.

He noted that while he suffered a disappointing blow on Tuesday night, he’s looking forward to upcoming primaries, where he hopes voters will continue to turn out to support him.

The key battleground state had helped propel Vermont Sen. Sanders’ insurgent candidacy in 2016, but the loss dealt a serious blow to his 2020 campaign.

Still, Sanders seemed to remain hopeful and said he is eager to participate in a one-on-one debate with Biden.

“While Joe Biden continues to do well with older people, especially those over 65, our campaign continues to win the votes of the vast majority of young people,” Sanders said.

He addressed the Democratic Party, telling them that they need to address the issues of the younger generation as much as the older one.

Bernie Sanders says that despite his primary defeats, polls show "a strong majority of the American people support our progressive agenda" https://t.co/ikyZQktGx8 pic.twitter.com/rFHxPCFtGY

The Democratic candidate says he will be on the debate stage on Sunday night in Arizona, where he plans to grill Biden on a number of those concerns.

He will demand Biden answer a variety of questions, including whether he would veto a Medicare For All bill if it is passed by Congress. Sanders also wants to know how Biden will address scientists who continue to warn of irreparable consequences of climate change.

The debate is expected to touch on America’s incarceration issue and “the absurdity of billionaires buying elections.”

Bernie Sanders says he's looking forward to the Democratic debate against Joe Biden on Sunday, and will challenge Biden on his plans for issues like health care, climate change and income inequality https://t.co/ikyZQktGx8 pic.twitter.com/4jZrKr4GT6

“The American people will have the opportunity to see which candidate is best positioned to accomplish that goal,” he said.

Sanders did win North Dakota and the results of Washington State are still pending.

As of 1:30 p.m. Wednesday, a total of 1,732 delegates had been allocated to the Democratic candidates. Biden remains the front runner with 857 while Sanders is close behind with 709.