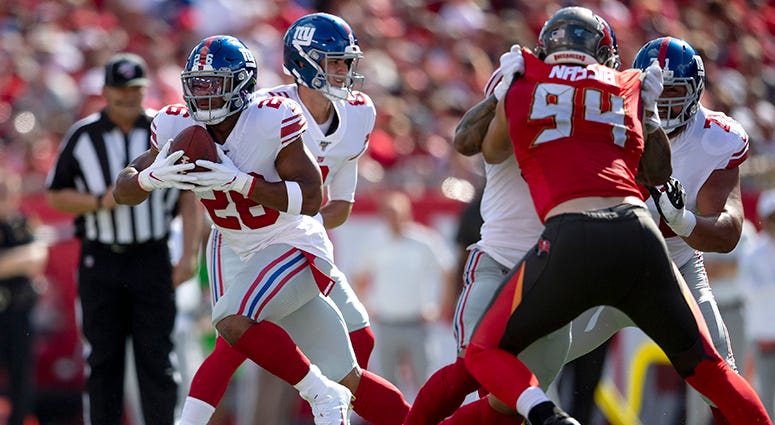 (WFAN) -- Giants running back Saquon Barkley left the game Sunday in Tampa late in the second quarter. He returned to the sideline after halftime on crutches and with a boot, an obvious sign that his day is done.

Barkley was initially helped to the locker room by the Giants staff with a noticeable limp.

The reigning Offensive Rookie of the Year entered the day with 227 rushing yards in the Giants first two games of the 2019 season.

We will update once there is more information available.