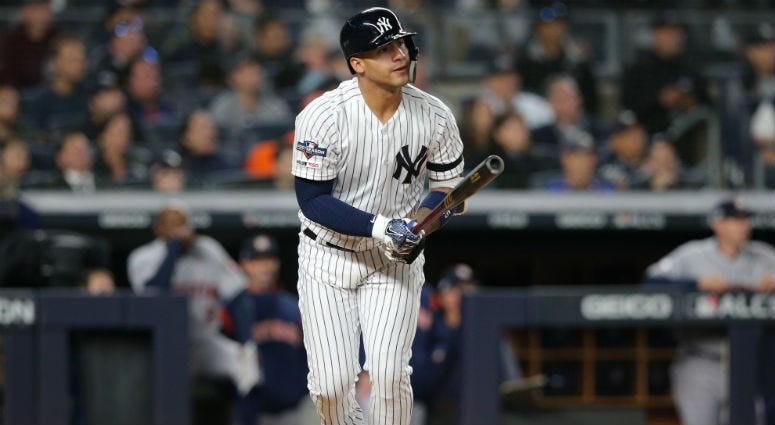 Major League Baseball has postponed Game 4 of the AL Championship Series due to rain.

The Yankees and Astros were set to play the fourth game of the best-of-seven series on Wednesday, but the game will be moved to Thursday night because of the impending threat of thunderstorms in the New York area. Game 5 between the two teams, originally scheduled for Thursday, has been moved to Friday 7:08.

The league's decision to push the game back a day gives the Yankees' Masahiro Tanaka to receive another days' rest in preparation for a likely matchup with Houston's Zack Greinke. Tanaka struck out four batters through six innings in Game 1. Now, the Yankees' ace will pitch on full rest in a crucial outing.

Houston took the series lead on Oct. 15, defeating the Yankees 4-1 in Game 3.

Yankees' outfielder Giancarlo Stanton could also benefit from the game's postponement. Stanton has yet to play since Game 1 of the series as he deals with a lingering quad strain. He went 2-for-4 in Game 1 with a home run.

The Yankees slugger, however, wasn't optimistic to return to the field.

“It’s not the best but I’m able to hit, so we’re at least that far right now,” Stanton told reporters prior to Game 3. “Time is not on my side. I’m doing what I can."