The Yankees have fired Larry Rothschild, their pitching coach since 2011.

“I want to personally thank Larry for his near decade of commitment to this organization,” Yankees general manager Brian Cashman said in a news release. “Larry cares deeply about his craft and the pitchers under his tutelage, and he played a significant role in our successes over the past nine seasons. There’s a reason why Larry has had the type of distinguished baseball career he’s had, and it starts with experience and dedication that is difficult to emulate.” 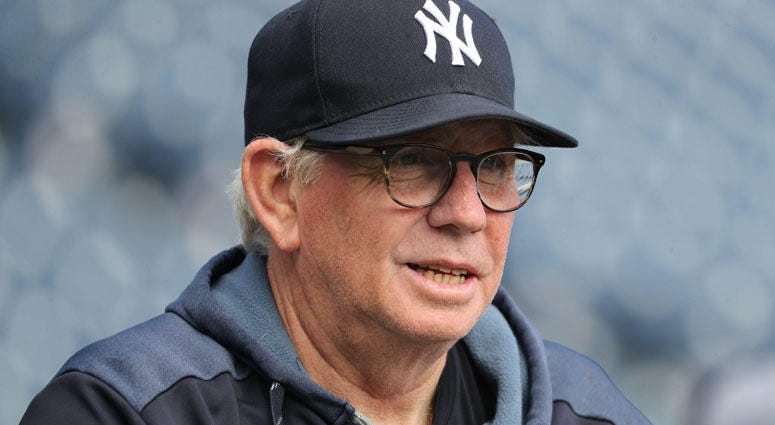 But The New York Post's Sherman suggested the firing was more about a change in philosophy, saying the Yankees are "moving toward new-age techniques to develop/game prep their pitchers, from the minors up." Rothschild was not entirely resistant to that thinking, according to Sherman, but is viewed as more old school than new.

#Yankees more and more are moving toward new-age techniques to develop/game prep their pitchers, from the minors up. Rothschild was not totally resistant, he used analytic data to meld a pitching plan. But he was clearly more old school, than new.

Prior to joining the Yankees, Rothschild served as the first-ever manager of the Tampa Bay Devil Rays from 1998-2001. He also worked on the staffs of the Reds, Braves, Marlins and Cubs, winning World Series with Cincinnati in 1990 and Florida in 1997.

The Yankees were eliminated by the Houston Astros in six games in the American League Championship Series earlier this month.