Guard your windows, there’s a moose on the loose.

When a Colorado couple woke up to the sound of glass breaking, they called the police on what they assumed was a burglar. 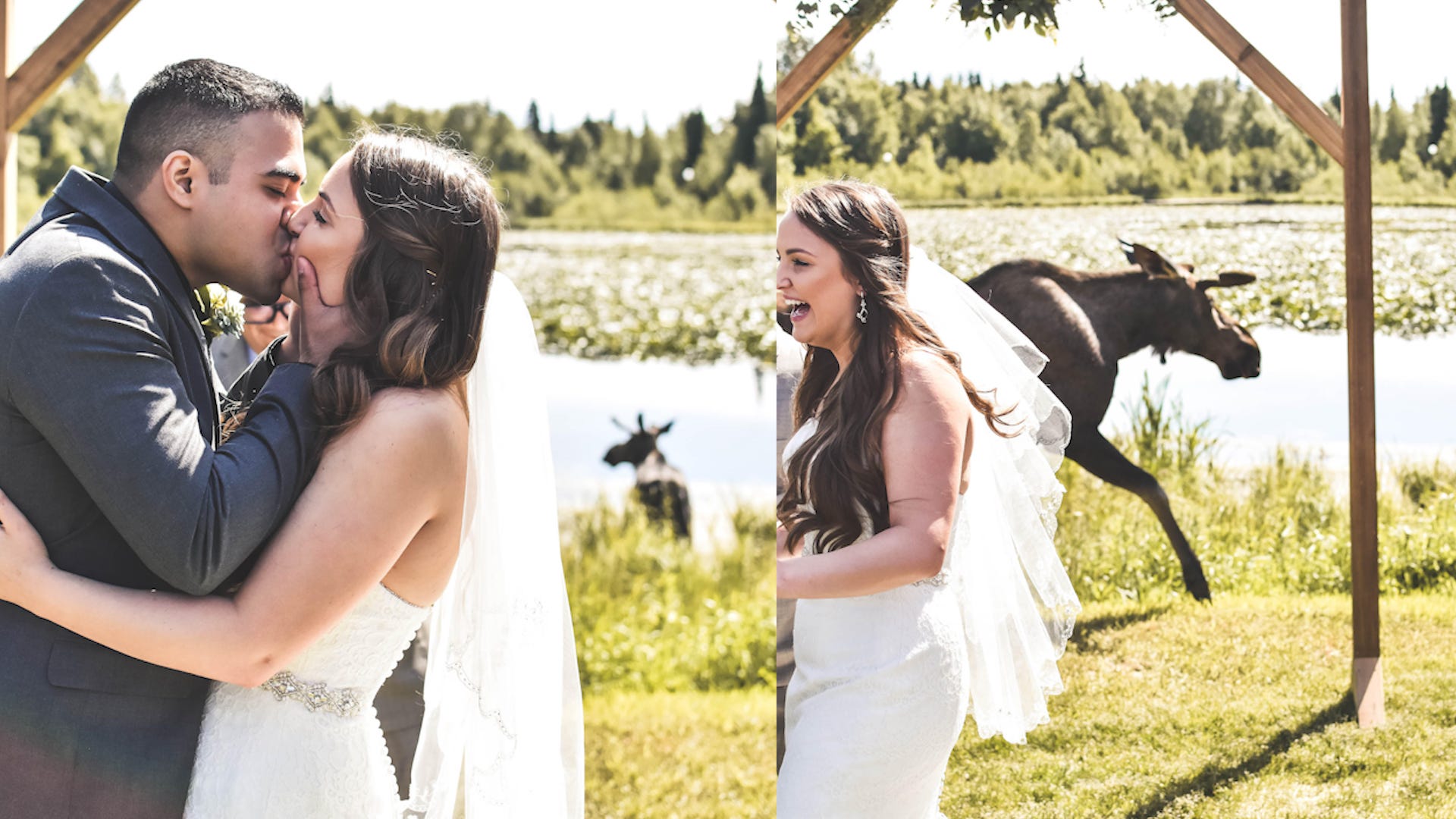 This Moose Photobombing a Couple’s Wedding Is So Alaska

But when officers arrived on scene, they discovered the culprit wasn’t a criminal caught in the act, but a moose getting a feel for human life.

The unexpected guest had crashed through a basement window after presumably stumbling through deep snow.

The moose was then guided out of the house and safely released back into the wild, leaving behind a bit of a mess for her human friends to remember her by.