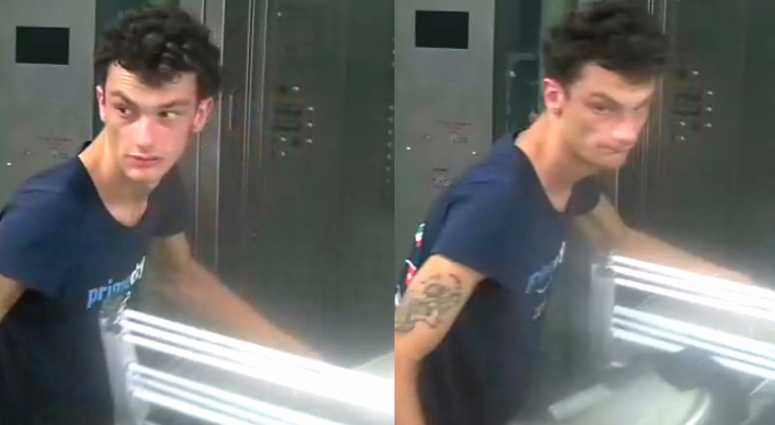 NEW YORK (1010 WINS/AP) -- The NYPD has apprehended a man suspected of placing two devices that looked like pressure cookers in a subway station.

Chief of Detectives Dermot Shea tweeted Saturday morning that a man seen holding one of the rice cookers in surveillance video was taken into custody.

THEY FOUND HIM -- 26yo Larry Giffin II at Bronx apartment bldg. at 850 Rev. James A. Polite Avenue. @NYPDDetectives confirmed that in a tweet. @NYPDnews was looking for Griffin for questioning after 2 rice cookers were found in Lower Manhattan prompting evacuations. #1010WINS pic.twitter.com/onJ7erj0L0

His cousin told WSAZ in West Virginia that Griffin has been known to place different objects in random spots.

A Bronx neighbor described him as a quiet man who kept to himself at his apartment.

"You never think that kid would do that. He's so fragile," he said.

The discovery of the cookers Friday led to an evacuation and roiled the morning commute. “Little Larry’s a good person. He’s got issues, but he don’t ever mean no harm or anything,” the cousin, Tara Brumfield, told the station.

The Logan County Sheriff's Department, in West Virginia, says Griffin has a criminal history in the state.

The sheriff's department says it has arrested Griffin at least three times in the past eight years, including an arrest in 2017 alleging he sent obscene material to a minor.

The department says a warrant for Griffin's arrest was issued in March after he missed drug screenings as part of pretrial supervision.

The discovery of the cookers Friday led to an evacuation and roiled the morning commute.

Police said cameras near the World Trade Center captured a man with a cart putting cookers in two locations in the subway station.

A third cooker of the same type was later discovered 2 miles away on a sidewalk.

Our @NYPDCT Bomb Squad has cleared the devices inside of Fulton Street subway station in Lower Manhattan. They are NOT explosive devices.

Out of an abundance of caution officers have searched nearby stations. pic.twitter.com/Y32I9DFEDf

No charges have been announced.