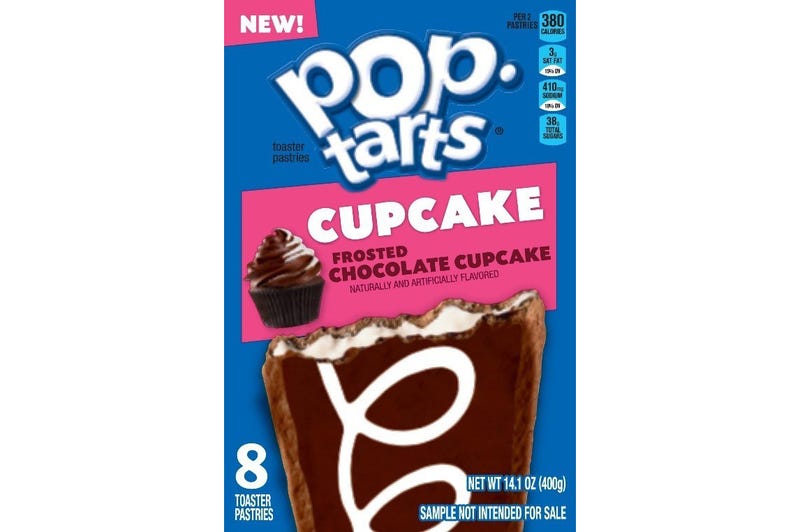 In case there was any doubt, Pop-Tarts really are dessert masquerading as breakfast. The company announced it would be releasing two flavors in June that are decidedly non-breakfast themed: Frosted Confetti Cupcake and Frosted Chocolate Cupcake.

This actually marks a return of Frosted Confetti, which had a limited run in 2017 and, according to Pop-Tart’s parent company Kellog it is “the second most requested flavor to return to the Pop-Tart flavor lineup.

The last time cupcake Pop-Tarts were a thing the response was quite positive from Pop-Tart fanatics and apparently, the pastries were pretty true to their name. In his round up of all things Pop-Tart for Yahoo, food writer Adam Lapetina said that in both smell and flavor they really did resemble a cupcake or a funfetti birthday cake. We’d like to assume they nailed the chocolate cupcake in this latest iteration.

Pop Tart does have a tendency to flirt with some flavors you don’t usually associate with breakfast pastries. In addition to the cupcake flavors in 2017 Pop-Tart came out with green apple and watermelon Jolly Rancher flavors. But unlike some of their stranger creations, the cupcake Pop-Tarts may have some staying power. Good news for anyone who doesn’t limit their Pop-Tart consumption to the morning hours.