NEW YORK (1010 WINS) – A massive power outage hit Manhattan on Saturday evening, plunging tens of thousands of people into darkness, with outages reported across a more than 30-block radius for about five hours—42 years to the day after the historic 1977 blackout.

Power has been restored after today's #blackout, but New Yorkers should continue to exercise caution as everything returns to normal.

Con Edison said 73,000 customers were without power in the borough at the peak of the blackout and that six networks were knocked out. Five of the six had been restored by 10:30 p.m., when the number of affected customers dropped to 49,000. By 11:30 p.m., 10,000 customers remained without power. Shortly before midnight all power was restored.

Con Ed said it's trying to figure out the root cause of the outage, but that no foul play is suspected. 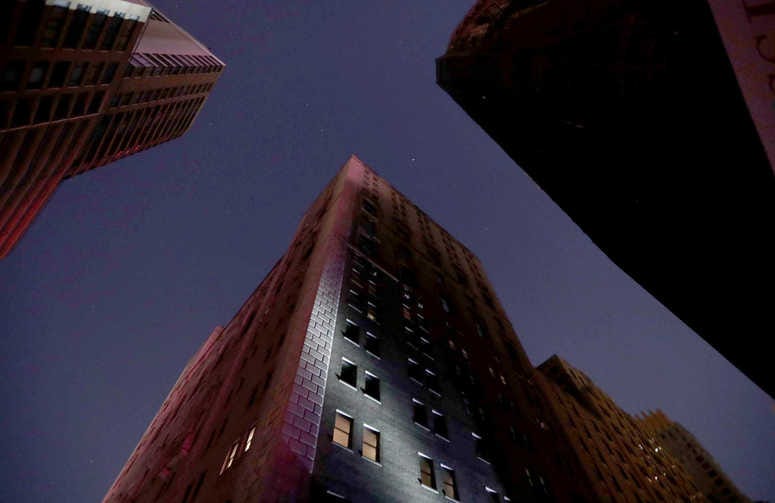 At a news conference Saturday night, John McAvoy, the chief executive officer of Con Ed, said a "major disturbance" occurred at a substation near 64th Street and West End Avenue at 6:47 p.m. There was said to be a transformer fire in the vicinity of the substation.

"We'll hopefully restore system to fully normal condition once we understand what occurred and forced the outages," McAvoy said as the restorations began after 10 p.m.

McAvoy said he couldn't speak to reports of explosions or manhole fires in the area.

Rockefeller Center, St. Roosevelt Hospital and many other buildings were operating on generator power and the FDNY said it had responded to numerous reports of people stuck in elevators. Most Broadway shows were canceled, with performers entertaining in the streets. A Jennifer Lopez concert at Madison Square Garden was evacuated. Many of Times Square's giant electronic billboards went out.

Devastated and heartbroken that I can’t perform for all of you tonight. We will make this up to you, I promise! I love you!! ❤️❤️ #ItsMyPartyTour pic.twitter.com/PZhFoPkeeM

They just cancelled second part of Harry Potter on Broadway due to power issues — tickets will be refunded .... pic.twitter.com/UgqF7U92wv

Umm, all the giant moniters went out in Times Square #NYC pic.twitter.com/xbOEyzaChk

Pizza shops sold pizza with flashlights as people walked by with glowsticks and the lights of their phones.

Columbus Circle was almost in total darkness as subway riders streamed out of nearby stations. One man told 1010 WINS' Juliet Papa that he was stuck in a hot subway train with other riders for two hours.

MTA officials said outages were reported at subway stations across Manhattan and that there was limited subway service into Manhattan from Brooklyn, Queens, and the Bronx.

@NYCTSubway the lights went out at 7 Ave platform. I was waiting for E. Is it a blackout? What’s happening? pic.twitter.com/oPeRUuQfqZ

The Department of Transportation said some 300 intersections went dark. Pedestrians were seen directing traffic, with street lights and crossing lights out.

The blackout was said to mostly affect the area west of Fifth Avenue, from the West 40s in midtown up into the West 70s on the Upper West Side. However, reports of outages stretched all the way down to West 14th Street in Chelsea.

There were no reports of any serious injuries or fatalities, according to NYPD Assistant Chief Stephen Hughes.

Hughes said a task force is going building to building in the affected areas to make sure everyone is alright. 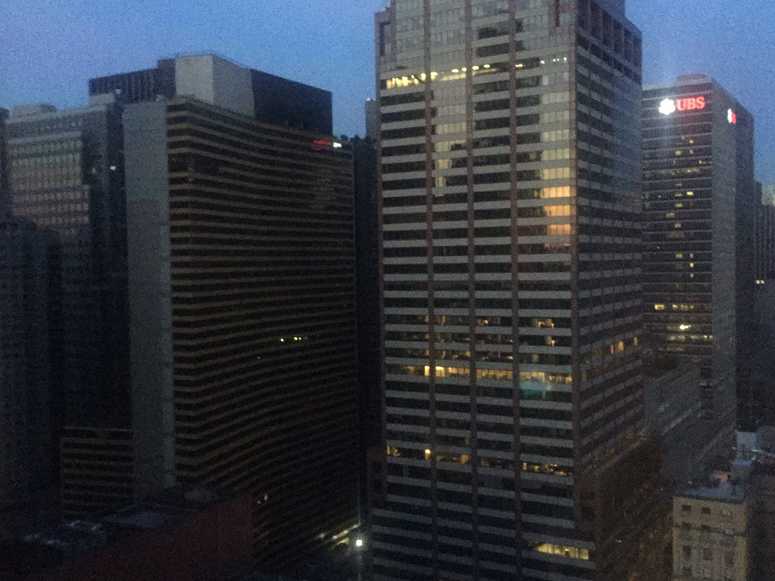 City Council Speaker Corey Johnson spoke with 1010 WINS as the number of customer outages climbed from 20,000 to 40,000 customers around dusk.

“I know a situation like this is not pleasant, that it’s scary,” Johnson said. “If there’s an emergency incident call 911, the FDNY, NYPD and EMS are mobilized for the area. We want to make sure that everyone is safe until Con Edison can get the power back on.”

Mayor de Blasio, who was in Iowa, said he had spoken with city officials and that he was returning to the city from the campaign trail.

"While fortunately no injuries occurred as a result of this incident, the fact that it happened at all is unacceptable," the mayor said.

.@NYCEmergencyMgt is working with the NYPD, FDNY and city agencies to respond to power outages in Manhattan due to a manhole fire earlier this evening. Disruption is significant.

Gov. Cuomo also called the outage "unacceptable" and said he wants an investigation into the outage. He said he had flown over Manhattan and described the scene on the ground as "chaotic."

"While fortunately no injuries occurred as a result of this incident, the fact that it happened at all is unacceptable. I am directing the Department of Public Service to investigate and identify the exact cause of the outages to help prevent an incident of this magnitude from happening again," Cuomo said in a statement. 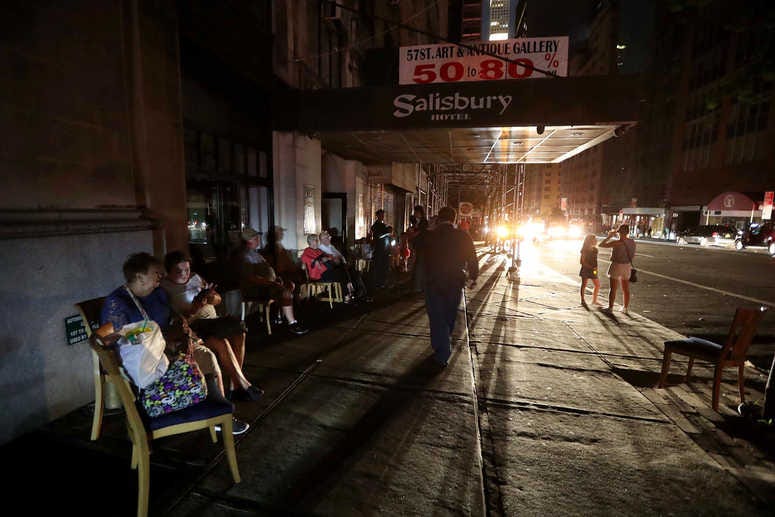 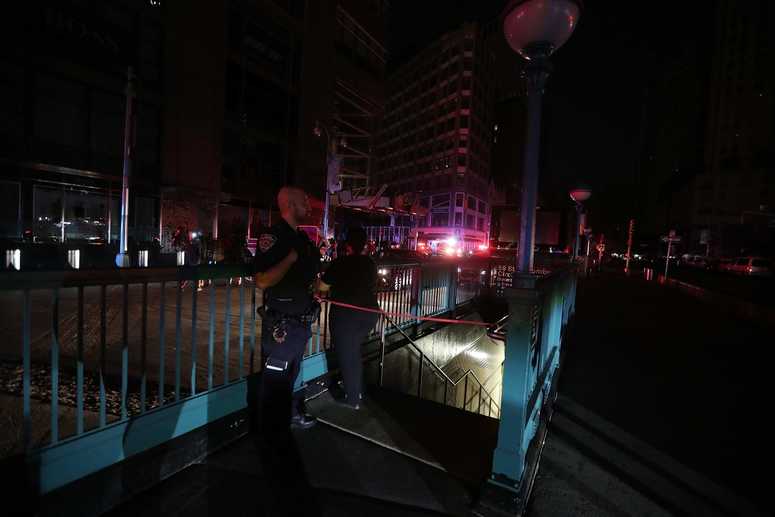 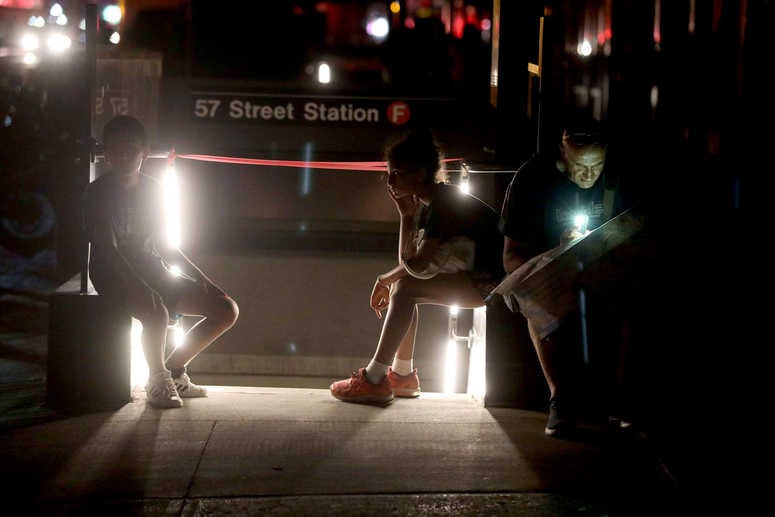