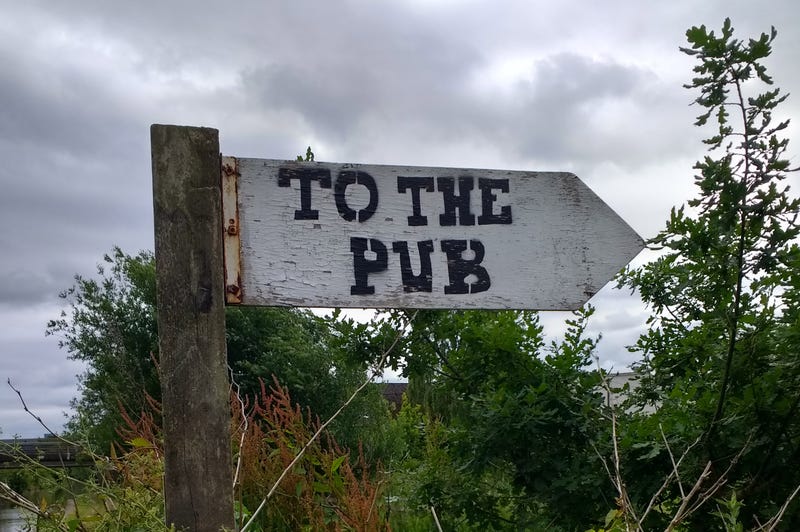 A historic London pub wants you to enjoy happy hour in the buff.

The Coach & Horses, a pub that’s been around since 1847, has been granted a nudity license which allows patrons to throw back pints completely naked. No shirt, no pants, no underwear, no problem.

Alastair Choat has owned the bar since 2006 and first got the clothing-optional idea when he decided to create a naked calendar to raise money to stop a rival brewery from taking over the pub’s lease.

He was inspired by British films like The Full Monty and Calendar Girls and wound producing a 16-month calendar with part of the profits going toward a homeless charity.

With the success of the calendar and the nudity license in place, over 11,000 people have now signed an online petition started by Choat’s daughter to keep Coach & Horses as a nudist safe space.

Despite the license, patrons can’t just show up at any time and strip down to order a pint.

The way it will work is that nudity will only be allowed on a pre-scheduled basis and in a consensual environment.

"You do have to have the right staff on, because obviously the team have to be comfortable with it," Choat told CNN. "But to be honest with you, when you do these things, after 10, 15, 20 minutes no one notices anymore.” If you say so!

Choat plans to launch the first nudist night in June. Bottoms up!