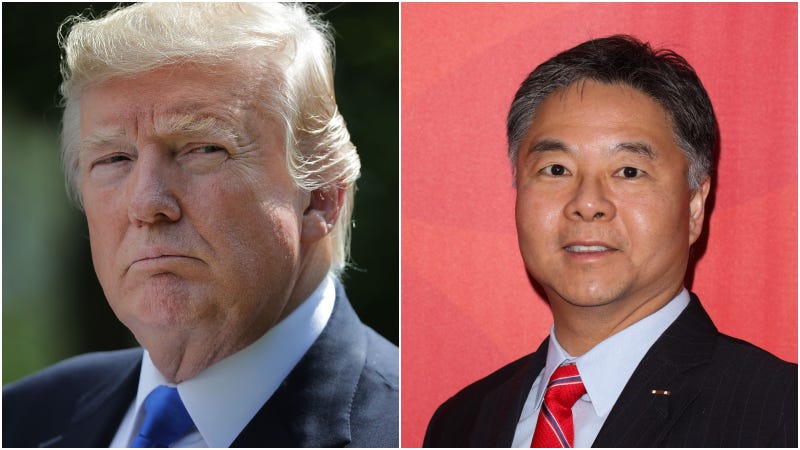 In an exclusive interview with KNX 1070 News, a prominent Manhattan Beach Democratic Congressman lays out a way to possibly head-off the impeachment of President Trump.

Rep. Ted Lieu, a Democrat from Manhattan Beach, tells KNX that President Trump has given the House of Representatives little choice but to move forward on impeachment, given the layers of testimony that show a pressure campaign on Ukraine to investigate former Vice President Joe Biden and his family.

But, says Rep. Lieu, if the President apologized, showed remorse and promised not to solicit foreign interference in future elections, impeachment might just be avoided.

Rep. Lieu sits on the House Judiciary Committee, which will have to write and pass the formal articles of impeachment.

Congressman Lieu will be on KNX In-Depth at 1 p.m. PST Wednesday.

At the moment, Ambassador Godron Sondland is testifying before the House investigators.  He revised his closed-door testimony from October earlier this month.

Sondland's testimony comes at the heels of other public impeachment hearings this week and last week, including former U.S. Ambassador to Ukraine Marie Yovanovitch who testified for about five hours, telling Congress about a smear campaign against her from Trump allies.