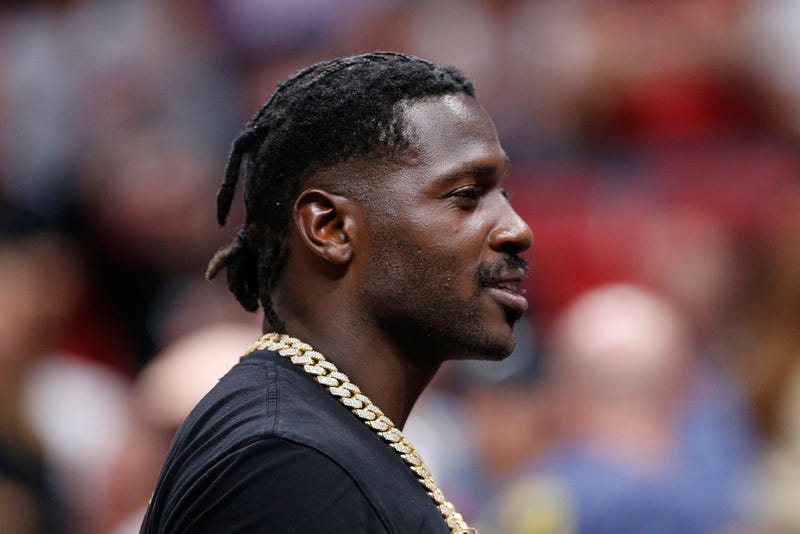 PITTSBURGH (93.7 The Fan) - Only days after being formally charged with one felony and two misdemeanors, Antonio Brown reportedly has a new a new agent.

With his continued desire to return to the NFL this season, free-agent WR Antonio Brown has hired veteran agent Ed Wasielewski of EMG Sports to represent him, the agent told ESPN Monday.

Wasielewski is a member of the EMG Sports agency and has been featured on the Esquire show “The Agent." In addition to Brown, Wasielewski also represents Colts running back Nyheim Hines and Dolphins tackle Julie'n Davenport. The 10-year NFL veteran had previously been represented by Drew Rosenhaus, who cut ties with the erratic Brown earlier this year.

Brown has expressed his desire to rejoin the NFL after a turbulent 2019 that saw him traded from Pittsburgh to Oakland and was cut before playing a game for the Raiders. AB was then picked up by the Patriots but only appeared in one game before New England cut him following allegations of sexual misconduct.

Brown turned himself into authorities back on January 23 after an incident involving a moving company at his house in Hollywood, Florida. He was later charged with felony burglary conveyance along with two misdemeanors including battery and criminal mischief.

Last year, a former athletic trainer of Brown accused him of multiple instances of sexual assault, which the NFL says they are investigating. The seven-time Pro-Bowler has also been involved in multiple domestic incidents with the mother of his three children.

Back in early February, the 31-year-old joined the Fan Morning Show and apologized to the Steelers coaches and players for his behavior and said at the time, "Everyone loves comeback stories, man. I'm in shape, 2020 is going to be a great year and it's a great opportunity to bounce back," said Brown.

The only question remaining is, will any team take a chance on Brown, who will almost certainly be facing a suspension if he returns to the NFL.