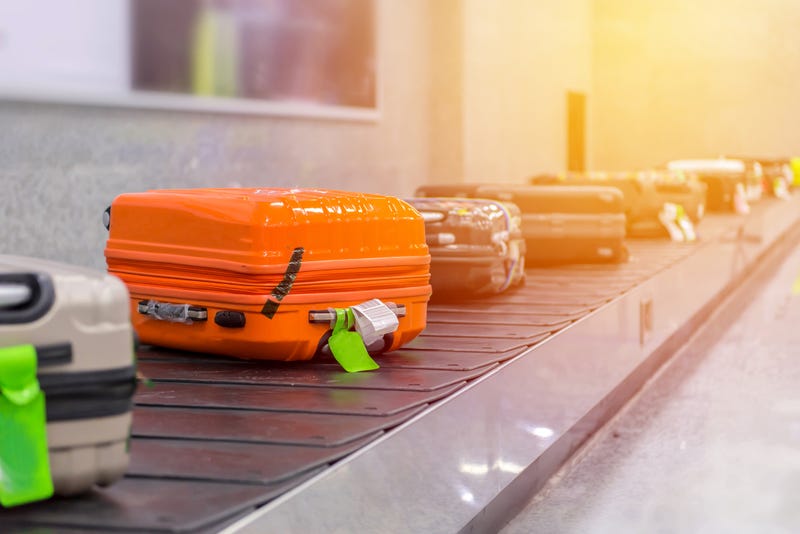 (KNX) - It was surveillance camera footage that caught a toddler in a scary situation -- the baggage conveyor belt at an airport.

A small boy walked away from his mother while she was at a kiosk at Hartsfield-Jackson Atlanta International Airport, according to an NBC News story.

The mother told the police she had looked away "for one second" and the boy disappeared.

The boy seemed to have jumped on the bag conveyor belt, according to what the mother told an airline employee in the NBC story.

Video below shows the boy walk up to the conveyor belt, get on and then shows him being transported on the belt, climbing over various pieces of luggage until he reaches a TSA baggage area where employees notice him and take him off the belt.

The boy, wearing an orange shirt, had a severely swollen and bruised right hand and was transported to the hospital, the story said.

Spirit Airlines said in a statement Wednesday that it was aware of an incident in which "an unattended child passed by a section of our ticket counter that was not staffed or open at the time," according to the story in NBC News.

"We are currently working with TSA and airport officials to ensure all protocol was followed," the airline said in the NBC story. "We wish the child the best in their recovery."

Watch the video below from WSB-TV: