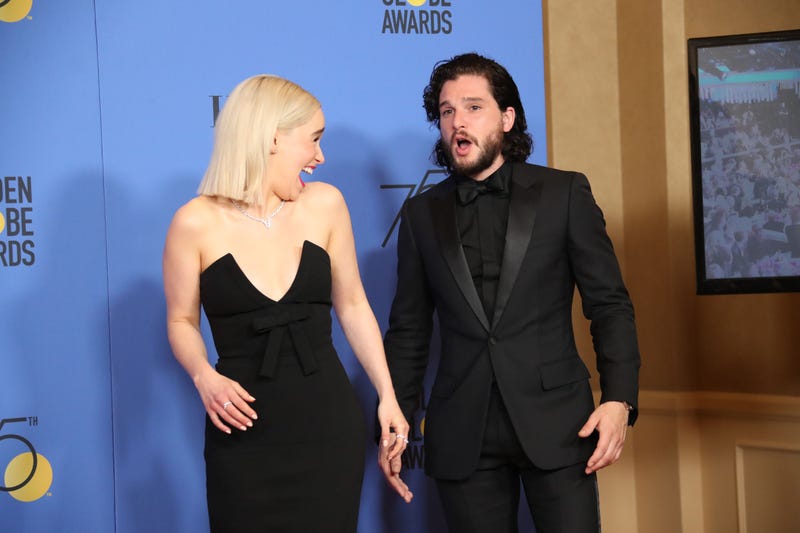 While the “Game of Thrones” series has ended, HBO had one last Sunday-night hurrah for fans with the premiere of “The Last Watch,” a documentary giving a behind-the-scenes look at the making of “Game of Thrones.”

If fans weren’t prepared for the emotional turmoil of the final episode of the series, “The Last Watch” gave them even more to brood over by showing emotional footage of Kit Harington’s reaction upon learning the fate of his character.

At a table read for Season 8’s final scenes, Harington can be seen gasping upon hearing the moment when his character, Jon Snow, stabs Emilia Clarke’s character, Daenerys Targaryen.

As the final moments of the scene are read, Harington sits with his head in his hands and begins to wipe tears from his face.

A post shared by Game Of Thrones Insider (@gotinsider)

Harington isn’t the only actor who had a visceral reaction to learning his character’s fate. Clarke revealed her experience reading the final scripts for the first time to the New Yorker.

“I read these scripts coming on two years ago now. When I did, I took a very long walk around London in a daze, not quit knowing how to digest the news,” she says.

As seen in the video from the final table read, Clarke slides down in her chair in anguish, sharing an emotional moment with Harington over their characters’ respective endings.

The finale of the show – both filming and broadcast – proved to be an emotional endeavor for many of the key actors involved, with a few of them opening up on social media about what the journey has meant to them and how sad they are to see it go.

Clarke posted this emotional tribute to the show on the day the final episode premiered.

Sophie Turner, who played Sansa Stark in the show, also had a hard time parting with the cast, crew, and characters of Westeros, as revealed in her heart wrenching post.