San Francisco’s oldest restaurant plans to close this Friday until the city gets the all clear to resume indoor dining.

Like many restaurants across the Bay Area, Tadich Grill at 240 California St. is struggling to make ends meet during the coronavirus pandemic. The popular seafood restaurant’s stimulus package Paycheck Protection Program loan has all but dried up, forcing them to go dark for now.

General Manager David Hanna told KCBS Radio they closed in March and then reopened for pick-up and delivery in June - but those orders just aren’t cutting it any longer.

"To-go stuff for local people has been moderate, but unfortunately that’s not enough to sustain us through having to pay staff now," Hanna explained.

While San Francisco was due to move forward with its phased reopening earlier this month, Mayor London Breed announced a "pause" on those plans on July 10, at least until the current COVID-19 case surge dissipates. 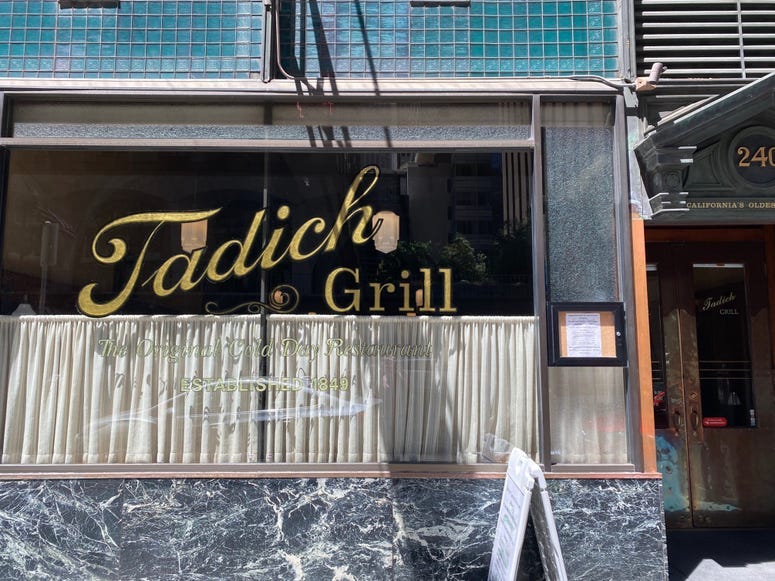 "We have a pretty small footprint as far as frontage to the street," Hanna said. "We only were allowed to have two tables out there."

He said most diners would rather eat inside the restaurant’s historic establishment that’s been around for over 170 years instead of ordering crab cakes to-go.

Now, it’s just a wait-and-see game for the future of the city’s oldest eatery.