UPDATE: Good news Game of Thrones fans and burger lovers. Shake Shack annnounced today that the Dracarys burger and Dragonglass shake will be spreading like an army of white walkers across Westeros. Starting Friiday April 12 they'll be rolling out all over the country.

Unless you’ve been living in a state of total sensory deprivation for the last several months, you know that Game of Thrones is coming back this weekend. And if you’ve been looking for ways to bring the hype about Jon Snow, Tyrion and the mother of dragons into your daily eating schedule and you happen to be in New York, get yourself to Shake Shack.

The chain that has been putting its higher quality stamp on fast food from Manhattan to Manila is out with a secret Game of Thrones menu available at its Madison Square Park location for a limited time.

The menu includes the Dracarys burger, a two patty monster with Monterey Jack cheese, bacon and a variation of Shake Shack’s shack sauce loaded up with scallions, hot sauce and herbs designed to light your mouth up like you were one of Daenerys’s children.

The accompanying Dragonglass shake comes from the other side of The Wall and was designed with white walkers in mind. It’s a white chocolate mint milkshake that includes “shards of Dragonglass” (they’re toffee with a black sheen to them). 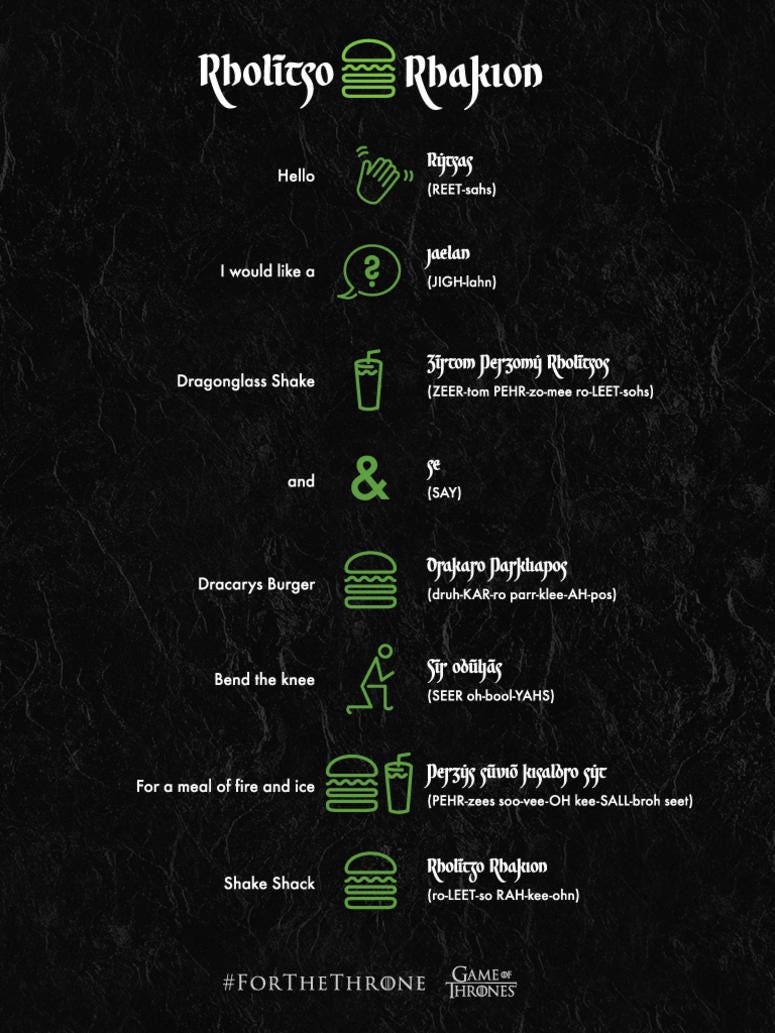 If you aren’t going to be in New York any time soon, you can find other ways to get your Game of Thrones fix by picking up a package of Game of Thrones stamped Oreos, or Winterfell leather jacket.